The Inspector-General of Police, Usman Baba, has directed that officers must stop using live ammunition during protests and riots in the country, due to ways several policemen have been misusing weapons put in their care over the years.

Baba said that his own office is doing its best to ensure Nigerian police practice a world standard style of policing that would ease strategy for officers in fighting crimes and protecting the lives of citizens and property across the nation.

Aside the ban placed on the use of firearms, the police boss stated that the strongest weapon the law enforcement agents need in crime reduction and control during riots remains a chemical weapon, and Tear gas.

Addressing officers on the new method of policing on Wednesday in Lagos, the police boss disclosed that officers would no longer be allowed to carry live ammunition during protests or riots and the decisions were reached in other to curb excessiveness and misuse of firearms and other weapons by men of the Nigerian Police. 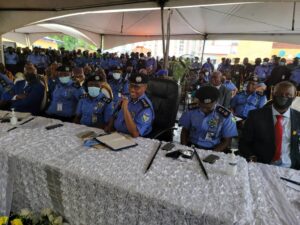 Baba explained that officers do not necessarily need firearms in reducing crime in any part of the country and that strategy needed by men of the Nigerian Police Force was to take charge of situations and ensure they remain in control till there is calmness.

“We do not need firearms at all times. Our strongest aid in crime reduction and control especially crowd and riot still remains tear gas. But is now used for injuring one another and even killing because some people don’t know how to throw it or misuse it”, he added.

He maintained that his administration has plans to introduce the use of chasers and runner guns as an alternative to the suspension of firearms usage during protests and riots in the country.

Meanwhile, the police boss directed police commissioners and heads of commands to their men out for road patrol as an alternative to roadblocks which were suspended after his resumption into the office recently due to how officers have turned security checkpoints into avenues for extortions.

According to him, scrapping became necessary after it was discovered that officers prefer to be on checkpoints for monetary gains than to perform their duties expected of them to carry out.

Checkpoints were meant to prevent crimes, not as means of extortion to officers who have seen it as an avenue to make money and which is why we order for their removal across the nation. Commands must put their men out to go strategy patrol within their localities and jurisdictions.

Baba indicated that his office might have to consider re-introduction of stop and search back into the system, though the approach has recently been abused by men of Nigerian Police.

“Police officers need to ensure discipline in their various commands and they must be professional in enforcing laws that have been lawfully made”. 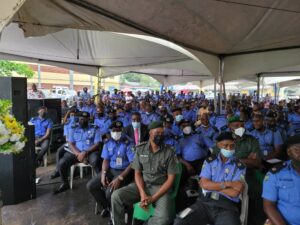