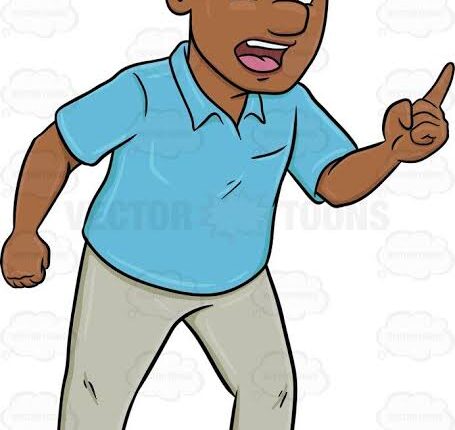 This article you are about to read may not make much sense to any Nigerian born after 1960. If you were born in or about 1960, you would have been 14 years in 1974 when one of Nigeria’s most colourful columnists, and certainly one of the best in my generation.

Gbolabo Ogunsanwo coined the very famous phrase If you ‘Tarka me I will Daboh you’. Gbolabo Ogunsanwo was at the time both the Editor of the mass circulating Sunday Times (selling about a million copies every Sunday)j and Acting Editor of Daily Times. And Joseph Tarka was Federal Minister while Godwin Daboh was a loud Anti-corruption crusader.

Tarka and Daboh were both from Benue state. Tarka stepped on Daboh’s toes, and to avenge whatever injury Tarka did to him, Daboh got his pound of flesh: published unprintable words about Tarka carried out a one-man judicial commission of enquiry and swore to copious affidavits denouncing Tarka. In the end Tarka was sacked from Gowon’s cabinet. That was in the year of their Lord Nineteen hundred and seventy-four, some forty years ago!
If therefore you were born after 1960, you probably would have been too young to be an avid reader of newspapers at that time.

I have chosen this preamble to ram in my piece today which may not necessarily be connected with Tarka-Daboh scenario. But I am angry. And probably angrier than the big man who was the recipient of an inglorious letter a couple of months ago, and who, having been reminded of Tarka-Daboh saga was persuaded to seek his own pound of flesh. The letter writer was thrown into the dust bin, and ordered off his Olympian heights. The fall was so devastating that the Tarka in this story is probably in hiding!

Now therefore I have declared that henceforth it shall be tit for tat. Those who thought I was a fool would now see the very rough side of me. If you Nyako me, I swear to God I will Jonathan you. But this is just a manner of speech. It has no connection with Murtala Nyako or President Goodluck Jonathan.

I am not Jonathan, and my prospective traducers are not likely to answer to the name of Nyako. The satirist Aba Saheed has taught me to call a spade an instrument of making heaps and to call a round- about circumbendibus!

From now anybody who says I am a fool I will retort by calling the person a compound fool. If you call me a drunk, I will tell you that you are a sworn swallower of cannabis. Drinking alcohol is not as dangerous and injurious as cocaine snuffing.

Tell me I am not Yoruba and that my father was a philandering Igbo man, my answer to you is to thank you and tell you that I am proud that my mother at least identified a father for me. She knew the man who put her in the family way. But what of you? Your mother did not even know who, amongst the 500 men she was sleeping with, was the owner of the water that sailed through her womb. A son of one thousand fathers!

If you tell me my ears are not appropriate for my head, I will tell you that your eyes are as big as the full moon. Believe me, I will not keep quiet any more and take insults from any quarters. Trust me, I was raised in Ibadan and I bet there is no greater purveyor of verbal abuse than the shon of the shoil!

You must have been mistaken to think that I cannot bite. I can bite better than the lion and tiger combined. My teeth are sharp and strong and can go skin deep into any flesh. You said my spoken English is bad and ‘bombastically malapropistic’; did your father speak English all his life? Is English my father’s language? To hell with all of you who speak Queen’s English? Wetin concern me with Oyinbo language. I be agbero, wetin concern me with overload?

By the time I finish with all of you, you would wish you were not born. Or better still you would wish you had not been born into the same country as I. Let me remind you all that my ancestors were ferocious warriors. And we their proud descendants are not afraid of battle.
And let me also warn that I will not take any personal insults any more. I know my rights and I am very conscious of my power and position.

I am ready to go to any length to retaliate. If you throw away my drugs I will slaughter all the pigs in your piggery. Do not take my silence for idiocy. If you think you are untouchable, just try me. If you Nyako me I will Jonathan you. If you Tarka me I will Daboh you. I am in position to send you to prison. If you are in doubt, change your name to that of that grey-haired guy who became a famous landlord at Kirikiri.

I remember the man called Sikiru Ayinde Barrister. He was no 4 in my list of Nigeria’s greatest music composers. His rivals included Ebenezer Obey, Sunny Ade, Haruna Ishola and the Priest of counter Culture Fela Anikulapo Kuti. It was in the days when Globe trotter, Olabisi Ajala, was alleged to be torturing him with unreasonable requests. The story says Ajala ‘tarkared’ him on pages of newspapers, and pronto, Barrister Sikiru Ayinde ‘Dabohed’ him with the unforgettable ‘Fine bara Decent bara’! Ajala never recovered from the lyrical salvo.

Let me therefore assure ‘all and sundry’, a peculiar Nigerian English, that I will no longer fold my arms and allow some silly hags to heap insults on my head. And I will not care if your name is Al Makura or Al-Rakunmi. I am in fighting mood. And I am going to fight to the end.

I have a record of all your misdeeds. I know how to dig all of them out. That I have been quiet does not mean that I did not know what to do. My culture teaches me to respect elders. But the same culture enjoins elders to respect themselves.

Now it is fight to finish. The battle line is drawn. You do not wish me well; I have no reason to wish you well. You don’t respect me I have no reason to respect you. You should also realise that we wear the same shoe size. We share a lot in common. And whatever you say of me is what I will say of you. Whatever name you call me is the name I will also call you.

All those who are calling on me to cease fire and call a truce do not know the extent of your knavery. It is now time to expose you and expose all those of your ilk. If you attack me, I have a right to attack you. And as the holy Writ says, with what measure you measure it shall be measured unto you.

Post script:
Oh God! Could I have been talking in my dream or a case of poetic licence?