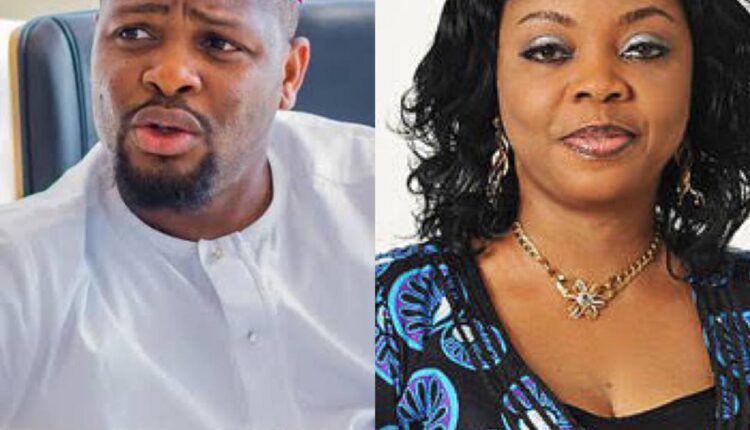 A woman leader from Surulere Local Government Ward G2 under Lagos State All Progressive Congress (APC) Chapter, Jamila Mu’azu-Olukosi, has affirmed that the party’s Youth Organising Secretary, Idris Aregbe, who is contesting for Surulere Local Government primary election under APC would be a better candidate and serve the interest of people of the council should members rally support for the young aspirant to emerge as APC standard-bearer.

She added that with the candidate’s antecedent, including his contributions to the party, council and ward levels, it was crystal clear that no contenders among those eying the council chairmanship’s seat can outperform Aregbe in that position, noting that the young aspirant would attract right investment to the council and that development that had been elusive in Surulere would find its rightful place across the area.

Mu’azu-Olukosi maintained that the youth organising secretary’s aspiration was timely and coming at a time when the council needed a promising and competent younger generation that can turn things around and add new face value to Surulere, adding that his grassroots orientation and mobilization power would further help his administration in identifying and solving local challenges affecting people in the area.

Aside from her, she noted that other APC leaders across 9 Wards in Surulere, including the current council chairman have resolved to support Aregbe candidacy and that messages on their choice of candidate had been communicated to entire party members within the local government, noting that members are already gearing up to do all within their power in ensuring Argebe emerge as standard-bearer and eventually win during election proper.

Speaking exclusively to The Guild on Friday, Mu’azu-Olukosi added that the APC leaders’ choice was reached after Aregbe declared his intention to run for the seat of Surulere council chairman considering his contributions to developments of the area over the years, hinting that other aspirants have collapsed their campaign structure and support Aregbe in achieving his dream of becoming APC flagbearer for the forthcoming council polls irrespective of House of Representatives Speaker, Femi Gbajabiamila’s plans to influence outcome of the primaries.

According to her, with supports of the leaders across nine wards within Surulere, victory is certain for Aregbe during primary elections and after Saturday, the council APC will have an energetic and visionary young man as a candidate for chairman

“We know that Gbajabiamila is trying to frustrate processes in other to have his way for his candidate but leaders across the six wards within Surulere will not allow such to happen. Aregbe is representing all leaders in Surulere APC and we are ready to give him needed support from ward-to-ward to come out victories during the primaries since Gbajabiamila has refused to recognise other stakeholders of the party in Surulere.

“When Idris Aregbe declared his intention to run for the seat of Surulere chairman, we all leaders were happy that this young man is truly God sent, and coupled with his contributions, his aspiration was willingly welcome and accepted by formidable leaders by APC within Surulere,” she said.

Mu’azu-Olukosi added that leaders across the council had been informed of plans by some aggrieved stakeholders within the party are concluding plans to disrupt the primary election in the area by deploying thugs to foment trouble and render the exercise undoable on Saturday (tomorrow).

“We call on our national leader, Tinubu, the State Governor, Babajide Sanwo-Olu, and GAC leaders to call Mr. Speaker to order so as not to make Surulere become violent during the primaries. We have been hearing of Gbajabiamila recruiting thugs and cultists to cause unrest during the primaries in Surulere, but I and other leaders including, the outgoing council chairman, Tajudeen Ajide, have all decided that nothing will affect the exercise on Saturday,” she added.

Also on the issue of security ahead of the primary election, one of the aspirants who confided in our correspondent, alleged that the speaker had allegedly mobilised National Union of Road Transport Workers (NURTW) members to disrupt the election should his preferred candidates lose,

“Gbajabiamila met with Alhaji Mola, the Chairman of the National Union of Road Transport Workers (NURTW), Lagos State Chapter sometime last week and ordered that the suspended Chairman of Ojuelegba branch be reinstated because he wants to use him to achieve his political aim. Most times, the speaker use the union members to fight his opponents in Surulere and Alhaji Mola agreed.

“So, on Monday, Alhaji Mola was in Ojuelegba to reinstate Sunday Aransiola known better as Baresi, and immediately after his reinstatement, there were shootings in Ojuelegba. Also, some days ago, the union members were at Shitta shooting sporadically. Now, they have mobilised five five union members from all zones in Lagos State to Surulere and how they got the party’s registration card is still a mystery for us. they are to come and vote for all Gbajabiamila’s candidates and disrupt elections in the area is not going in their favours,”