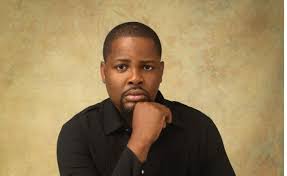 Aregbe added that their intervention into the crisis that resulted in the death of two party members would help prevent any further clashes as well as restore peace across the council, appealing that there is need for everyone to work for a peaceful Lagos.

The youth leader, who insisted that the crisis disrupted the primaries and prevented voting exercise across the council, stated that armed thugs sponsored by top politicians were deployed across Surulere, harrasing and injured APC members that had trooped out to perform their duties as party faithful.

Speaking through a statement made available to The Guild on Sunday, the youth organising secretary linked the disruption recorded across the council to House of Representatives speaker, Femi Gbajabiamila, and that he allegedly sponsored the thugs particularly to subvert the will of the people.

As gathered, some of the cultists and thugs that allegedly attacked party members during primaries was led by Deputy Chairman of Road Transport employee Association of Nigeria (RTEAN) Ojuelegba chapter, Sunday Aransiola, popularly called Baresi, a staunched disciple of Gbajabiamila in Surulere.

He noted that the shootings carried out by the cultists and thugs led to killing of two members earlier yesterday, just as he commiserated with families of the deceased and assured families that justice would prevail on the case.

The statement reads: “My great people of Surulere, I heartily thank you all for coming out en masse yesterday to vote in the primaries election.

“My Surulere youths’ you have “proven” to be courageous and unwavering in the face of intimidation which in itself shows a strong desire for progressive change.

“Quite unfortunately the election was hijacked by Speaker Femi Gbajabiamila’s sponsored thugs, which resulted into loss of lives as two youths were killed and several injured.

“My deepest condolences to the families of the deceased, I assure them that these unwarranted and untimely deaths will not be in vain by the special grace of God I firmly declare that no election was held across ALL polling units in Surulere LGA yesterday.

“In a ploy to subvert the will of the people, members were not allowed to vote or even move closer to the polling units as these sponsored thugs were deployed across Surulere to destabilize the electoral process.

“This act is barbaric, undemocratic, and unacceptable and it must stop. Our people cannot be disenfranchised by having candidates imposed on them.

“The lives of our people cannot be allowed to be so crudely decimated while trying to exercise their fundamental civic responsibilities. The people’s vote is their right and must be respected.

“The future of our children cannot be mortgaged on the platter of selfishness and greed. We will not allow the future of Surulere to be destabilized by these people who apparently do not have our interest at heart. The people’s voice must be heard and respected as expressed by their votes.APC is our party and the values upon which it was founded are buttressed by its very name “PROGRESSIVE”. What happened yesterday negates this virtue.

“We cannot afford to recklessly dismantle the work of the founding fathers and mothers by being self-serving instead of for the collective good,

“I hereby urgently call on the leaders of our great party to step in now do the right thing, to avoid any further crisis. We must all work towards a peaceful Lagos”.