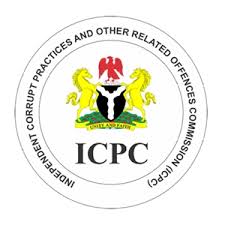 The Chairman, Independent Corrupt Practices and Other Related Offences (ICPC), Prof. Bolaji Owasanoye, has called on leaders across Sub-Saharan African Countries to reverse illicit financial flows and prioritise asset recoveries towards minimising the menace of corruption in the region.

He added that it was important for leaders across the region to rise in unison and tackle illicit financial transactions and also ensure proper utilization of proceeds from recovered assets to tackle the problem of poverty in the sub-region.

Owasanoye, who made the call at the virtual conference for Heads of Anti-Corruption Agencies in Africa, called for concerted efforts among the leaders argued that the most important formula that could be employed in Africa for growth remains reversal of illicit financial flows.

According to him, the sure way to diminish corruption is to improve domestic resource mobilisation in the region and also to reverse illicit financial flows.

“It would be a dream to assume that we would achieve it without meeting the basic results that have been set for basic mobilization,” he noted.

He further stated that the world had lost huge revenues to corruption and illicit financial flows, adding that Nigeria had recovered up to 700 million dollars of assets in the last six years.

Owasanoye called on heads of member states to adopt a policy on the use of asset recovery and management for development goals, adding that Nigeria requires strong institutions and systems to fight corruption and Illicit Financial Flows (IFFs).

Owasanoye said that the solution to corruption, economic, and security problems bedeviling Nigeria lay in building strong institutions and systems with active collaboration from state and non-state actors.

“Diversion of public budget in the expenditure side of revenue, direct looting of treasury, IFFs, tax evasion, misapplication of funds, deliberate elephant projects, and contract and procurement abuse have huge implication for development.

“Without development, there can be no peace or security and without peace and security, development is a mirage.
“Massive investment in infrastructure is the route to development,” he said.