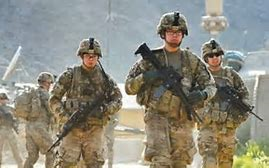 The International Criminal Court (ICC) has revealed that it is set to investigate the United States Armed Forces over war crimes and crimes against humanity which it was alleged to have committed during course of military interventions in several countries around the world.

It would be recalled that a request for probe of the US army actions which had been submitted by prosecutor, Fatou Bensouda, had previously been rejected by the ICC pre-trial chamber despite their acknowledgment that widespread crimes were committed in Afghanistan.

However, appeal judges have given approved for prosecutors to open investigations on the US armed forces as well as the Taliban, Afghan armed forces and CIA personnel with regards to crimes against humanity and war crimes, marking the first time that such a step would be taken against the United States.

The approval, which was given on Thursday, is faced by Washington’s rejection and refusal to cooperate citing an alleged lack of jurisdiction of the International Criminal Court.

The Guild gathered that Former US National Security Adviser, John Bolton had said, in 2018, that the ICC would unacceptably threaten America’s sovereignty and US national security interests.