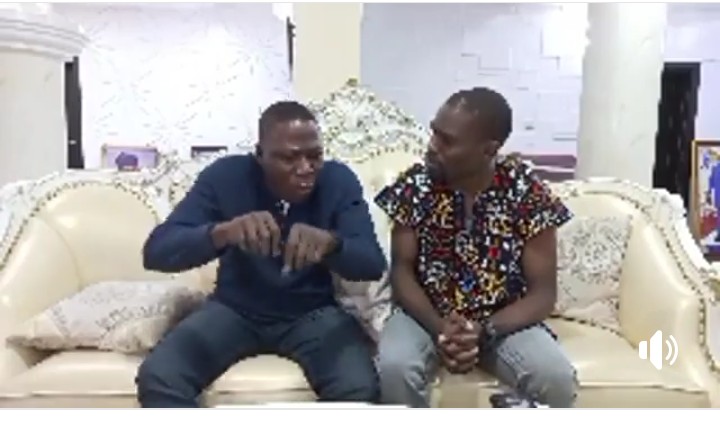 The Coordinator of the movement for Yoruba secession, Sunday Adeyemo, popularly called Sunday Igboho, has asked his disciples and everyone that believed in their cause not to sympathise with the General Overseer of the Redeemed Christian Church of God (RCCG), Enoch Adeboye, over his son’s death, saying, in spite of his status, he has been silent on the injustice been melted to Yorubas.

Igboho added that Yoruba and religious leaders that have refused to support the movement succession plans will also suffer the same calamity as the RCCG general overseer who lost his 42-year-old son, Dare Adeboye, mysteriously.

The activist, in a less than three minutes video monitored by The Guild on Sunday, stressed that his stance was not because he does not attend RCCG but that it was based on the suffering that many Yorubas allegedly suffered across the country from the Fulanis that had allegedly continued to attack them without any call for caution.

I will not sympathise with Pastor Adeboye over son's death – Yoruba activist, Sunday Igboho pic.twitter.com/hn94Ai592z

“This is just the beginning. God will continue to kill the children, wives, and relations of any Yoruba leader that did not support the secession plan from Nigeria”, the activist added.

Igboho, who spoke in Yoruba, debunked reports that the Osun State Governor, Adegboyega Oyetola, had instructed that no rally should take place in the state.

The businessman turned activist hinted that he and other Yorubas will be visiting Osun State for a rally to further demand the succession of Yoruba from the country and urged Yorubas in the state to join the procession.

“I have been living in Oshogbo since 1985 and built houses there, so I know the state well and the residents of the state capital, Oshogbo, know me well. I can tell you I will be welcome there”, he said.

After the activities in Osun, he disclosed that the rally train will later move to Ekiti State where they were expected to meet the governor, Kayode Fayemi, and later to Kwara state.

Igboho described Fayemi as a true son of Yoruba ethnic group and a leader that every youth in the southwest should emulate his selfless service to the development of the country.

According to him, you all will notice that since we kicked start the movement, Fayemi has not said anything negative on our demands; that is toll tell you the type of leader he is. He believes in our agenda.

He, meanwhile, debunked claims that he was sponsored by politician and boosted that anyone that had proof of gift particularly financial should make it public.