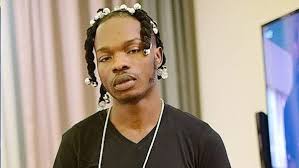 The Nigerian singer, Azeez Fashola, popularly called Naira Marley, has assured his over one million Malian gangs that he would be at the entrance of heaven, interceding before the Supreme Being for them and ensure they are admitted.

The rapper stated that the relationship which he keeps with his creator had continued to give him assurance that rather than be admitted into hell, as been peddled around, he would be at heaven’s gate and intercede for his fans before Allah.

Naira Marley added that over the years, he has continued to hold on tenaciously to his faith and does not allow anyone or activities to affect the relationship between him and God.

In a video obtained by The Guild on Saturday, the artiste was seen reacting to allegations that his lifestyle does not represent a true Muslim and cannot be admitted into heaven.

The artiste, who spoke in Yoruba in the video, argued that no one understands him other than his creator which he had maintained a relationship with, and urged that his critics should allow him to maintain his lifestyle.

He said: “Some of you have tagged me to be one of those that would first be admitted into hell. But it is sad that many of you do not know the relationship between me and my God.

“I also have one good news for you all. On the day of resurrection, I will not have any business with hell because the present weather is hotter than hell. While many of you will be waiting to see me at the entrance of hell, I will be at the gate of heaven interceding for many Malians”, the artiste added.

Naira Marley, meanwhile, appealed to Nigerians not to judge anyone based on their lifestyle, saying, no one know the reason for his actions and relationship with his creator.