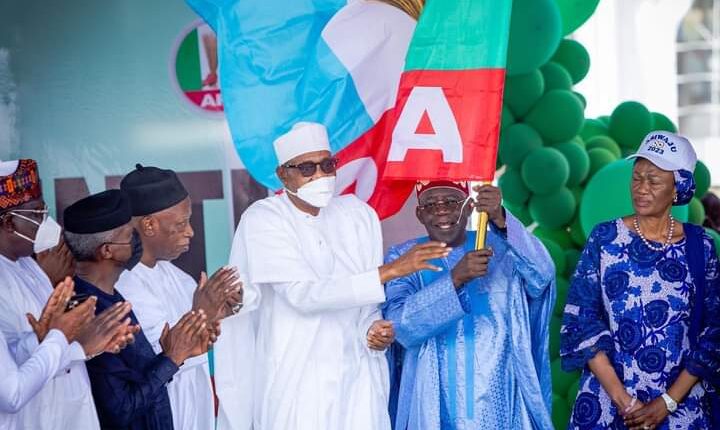 The national leader and Presidential candidate of All Progressives Congress (APC), Bola Tinubu, has described his victory during the party’s primary as one that had been destined by God  since the strategies embraced by some party members were to ensure that he fail during quest to secure APC ticket after the poll.

Tinubu said that all hurdsles before him  were placed at different locations and strategically, in other to ensure that he does not win the presidential primary.

According to him, President Muhammadu Buhari, please forgive me for taking you this long. I didn’t expect to win, I must be intoxicated for victory. We are confident, courageous that this nation is back on track. All our state governors here present, it is not my job alone.

In his acceptance speech, the APC chieftain called for unity among other contestants, saying the common goal was to defeat the main opposition Peoples Democratic Party (PDP).

He added,  “The competition is now over. Those who did not support me, you have nothing to fear. I owe no grudges or grievance, let us all agree to join hands in defeating the PDP.”

It would be recal;led that Tinubu won the election by a landslide, beating the likes of Vice President Yemi Osinbajo, former Minister of Transportation, Rotimi Amaechi, Senate President, Ahmad Lawan and 10 others.

During the exercise, the Lagos state former governor polled a total of 1,271 votes – more than four times the votes scored by his closet rival, Amaechi who had 316 votes.

Osinbajo, Lawan, and Kogi state governor, Yahaya Bello, came behind the duo with 235, 152, and 47 votes respectively from the exercise that lasted for over 24 hours.