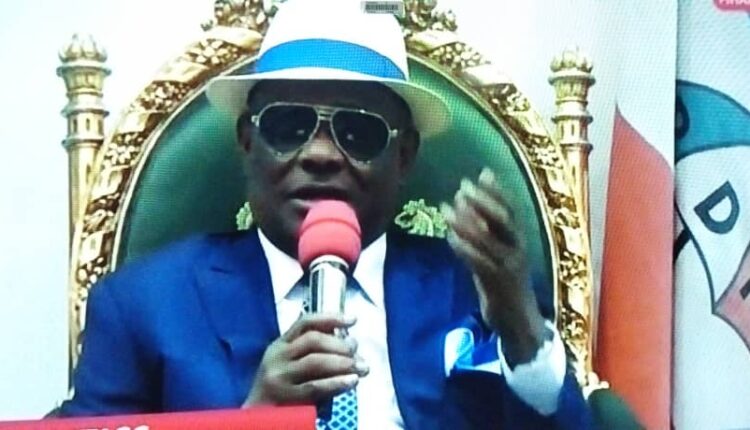 The Rivers State Governor, Nyesom Wike, has disclosed that the presidential candidate of the All Progressive Congress (APC), Bola Tinubu, offered him a senatorial ticket of the party after the Peoples Democratic Party (PDP) flagbearer, Atiku Abubakar, did not fulfill his promises.

Wike said that he rejected the ticket offer from the APC presidential candidate due to his loyalty to the opposition party and commitment to ensuring that PDP returns to power during the 2023 election in the country.

The governor, who disclosed the offer received from Tinubu on Friday during a chat with media executives, stated that if he was so ambitious, he would have jumped ship to the ruling party.

He noted that the offer was received from the Lagos state former governor during a meeting in London, United Kingdom (UK).

According to him, he contested the presidential primaries because he wanted to be the candidate and that is why he didn’t buy a senatorial form.

‘’I didn’t contest so I can become a vice presidential candidate, I am not like others who were not serious and bought senatorial form alongside presidential form and that’s why when Tinubu offered me senate slot, I didn’t go for it’’

The governor stressed that rather than accept it, he decided to remain in PDP and fight to ensure that the party embraces equity and fairness in its activities.

“Aside from Tinubu, who is from the APC, other political parties are talking to me as well including Labour Party (LP) because they all know my worth and how I can ensure that they win the 2023 poll. But I have not accept any of the offers presented by the parties”.

He added that his grievances against the PDP leadership were not personal but to ensure that all promises made including that from the party’s presidential candidate, Atiku, were fulfilled rather than give excuses.

“Atiku, after his emergence told me categorically that the national chairman of PDP, Iyorchia Ayu, must be made to resign in order to ensure there is equity and fairness since he came from the North, another critical position cannot be held by someone from the same region”.