I put knife in their private part after sleeping with them – Suspected Rivers serial killer,David-West 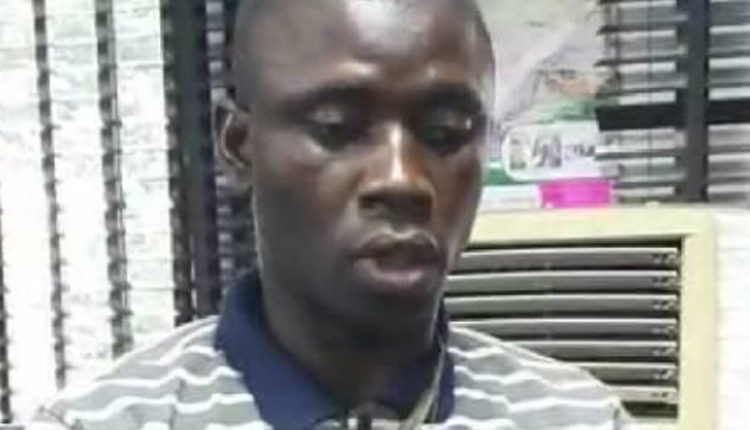 The prime suspect linked to the serial killing of young ladies in hotels in parts of Rivers State, Gracious David-West has confessed to committing the crime.

David-West, who pleaded for mercy saying that he was being controlled by evil spirit, admitted  that he used to carry dagger like being used by Hausa people and put it in their private parts.

He told newsmen during his parade at the Police Command, Moscow Road that he single-handedly killed a total of 7 victims; 5 in Rivers State, 1 in Lagos and another in Owerri, the Imo State capital.

The 39 from Buguma, Asari-Toru Local government area of Rivers state, however, denied being sponsored by any person.

“After they die my eye will now clear. I don’t know what pushes me to kill women. I think evil spirit is disturbing me,” he said.

Parading the suspect, State Commissioner of police, Muhammad Danduara, said the arrest follows directives by the police for all hotel owners to install CCTV Cameras in the facilities.

Danduara added that men of the Special Anti-Robbery Squad, who were on stop and search operations along Ogoni axis of the East West road, detected the suspect who was caught on CCTV camera during one of his outings in a hotel in Rivers state.

CP Danduara also said it will clamp down on Hotels that aide and abet crime in the state.

In the meantime, the Rivers State Security Council has commended the Nigeria Police for arresting the prime suspect of the ritual killings targeted at young women in parts of the state.

Secretary to the Rivers State Government, Tammy Danagogo, who briefed newsmen, said the meeting was called by the successes recorded by the Police in the last few days, especially the arrest of three suspects.

The Secretary to the Rivers State Government said that the meeting commended the painstaking efforts of the Nigeria Police and other security agencies, which has led to improved security across the state.

He informed newsmen that the Rivers State Governor directed all the security agencies to step up security alertness across the state, assuring that the administration will continue to provide logistical and financial support for all operations to protect Rivers people.

However, the Police ate still left with the puzzle of arresting those involved in the killing of three other victims in low-priced hotels in Rivers state after confirming that 8 victims have been killed so far in the state.