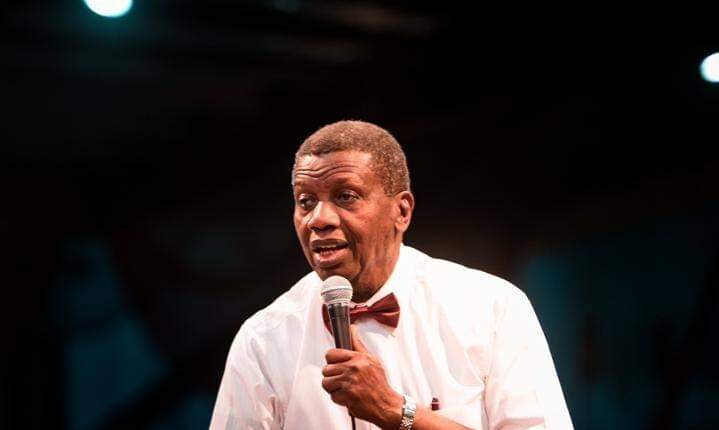 The General Overseer of the Redeemed Christian Church of God (RCCG), Enoch Adeboye, has revealed how poverty affected his family and that the parents could not afford to buy them shoes like other children in their town.

Adeboye recalled that while growing up, his parents were so poor that he had no shoes for the first 18 years of his life and many referred to the family as the poorest.

In his Christmas message to his congregation, the cleric spoke about how things would change for the better for people who have accepted Christ, the RCCG cleric used himself as an example. He illustrated how God can change the poor into the rich.

“Those of you who knew a little bit about my background, you will know that when they say something is from a rocky start, that means he started in serious poverty. My own rock was rock among rocks. My father was so poor, (that) poor people called him poor. The day he bought an umbrella, we rejoiced,” Adeboye said.

“It rubbed off on me. For the first 18 years of my life, I had no pair of shoes. That is how things were and then I received Jesus Christ. Then things began to change, look at me today.

“Way back in 1969, I was a lecturer at the University of Lagos. A little problem came into my life, the problem that all my mathematics couldn’t solve, and then somebody offered me, Jesus. I thank God today that my head didn’t refuse something good. So I accepted Jesus and everything in my life began to change for the better.”

Nigeria has the highest number of poor people in the world, after overtaking India in March 2022, according to data from the World Poverty Clock, extremely poor people are those living on N800 per day (less than $2 per day).

In 2018, Nigeria held the position with about 87 million people in extreme poverty, compared with India’s 73 million.

However, the new data revealed that about 83 million Indians have been plunged into extreme poverty in 2022, representing six percent of the country’s population which stands at 1.3 billion.