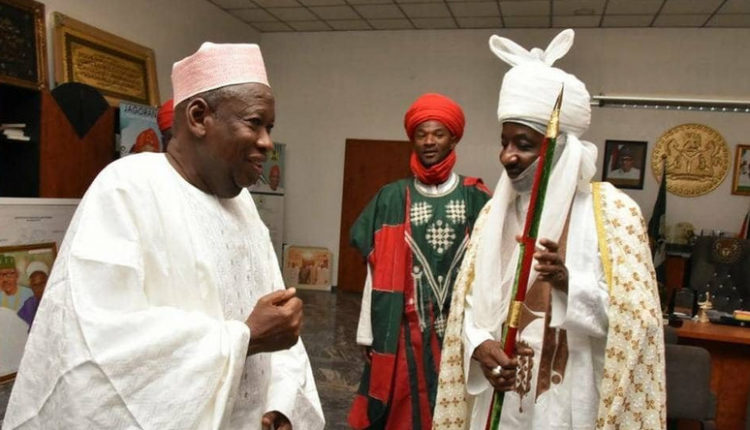 Governor of Kano State, Abdullahi Ganduje, has denied reports that he is planning to remove the Emir of Kano Muhammadu Sanusi II from his exalted throne.

According to the Renaissance Coalition in a statement, the Kano government was planning to transfer Sanusi to Bichi Emirate, just as it also claimed that there are plans in the pipeline to depose the monarch if he resists the move.

The group, however, cautioned that the move may throw the state into unrest as it threatened to petition the Federal Government to declare a state of emergency in Kano if Ganduje goes ahead with the plan.

But reacting to the comment, Ganduje’s Chief Press Secretary Abba Anwa, said there is no truth in such a statement.

Anwa said that the State Government was not planning to depose the Emir.

It would be recalled that Ganduje and the Emir have been in a face-off after the former created four new emirates – Bichi, Karaye, Rano, and Gaya – leaving Sanusi in control of just 10 out of 44 local government areas.