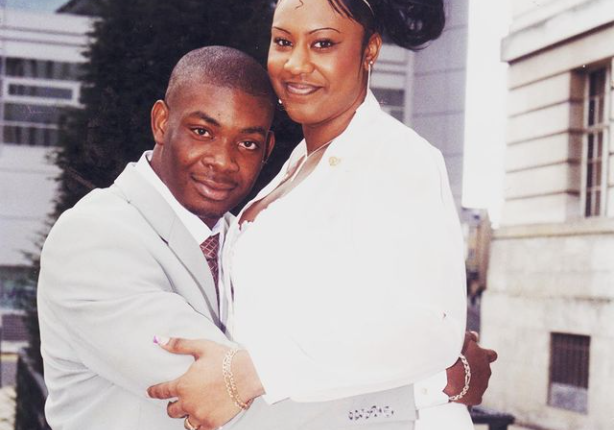 In a response to Nigerians requesting for his marital status, Mavin Records Chief Executive Officer (CEO), Micheal Akereh, professionally known as Don Jazzy, has for the first time ever opened up about his love life and disclosed that his marriage crashed two years after walking down the aisle with her fiancee.

Don Jazzy added that at the age of 20, he tied the nuptial knot with his friend, a UK-based model, and writer, Michelle Jackson, but two years after, the marriage could not stand following his inability to function as a good artiste and husband simultaneously.

He noted that the holy matrimony occurred about 18 years ago but was short-lived after both parties could not reach a compromise on their marital life and they parted ways two years after.

The multi-award-winning artiste revelation, which was posted on his official social media handle on Saturday, narrated that he felt guilty for his stance after the wedding.

The revelation came days after the 38-year-old star producer’s disclosed on a talk show his background particularly in Ajegunle, and cleared the air on rumours that he was broke as well as dancehall star, Daddy Showkey, is his relative.

Revealing why the marriage did not work out, Don Jazzy explained that he gave his music career more priority than his family particularly considering the age of his wife.

He said: “For so long everyone keeps asking me when am I getting married? Well the truth is almost 18 years ago I was 20 and I got married to my best friend Michelle Jackson and it was beautiful. I loved love and I loved marriage. Michelle is so beautiful inside and outside with such a soft heart.

“But then me being so young and full of dreams, I went ahead with my life not minding that I am married because I was giving all my time to my Music. Music became a priority instead of my family.

“We got divorced when I was 22 and it hurt. I am still very much in love with my music and I wouldn’t want to marry another woman and break the heart of another lady. So I am taking my time.

“Why am I just saying this now?? I really like to keep my relationships private actually. Past or present. But I was watching the bounce interview with Ebuka which is almost like a tell-all interview, and I felt bad skipping this huge part of my life”.