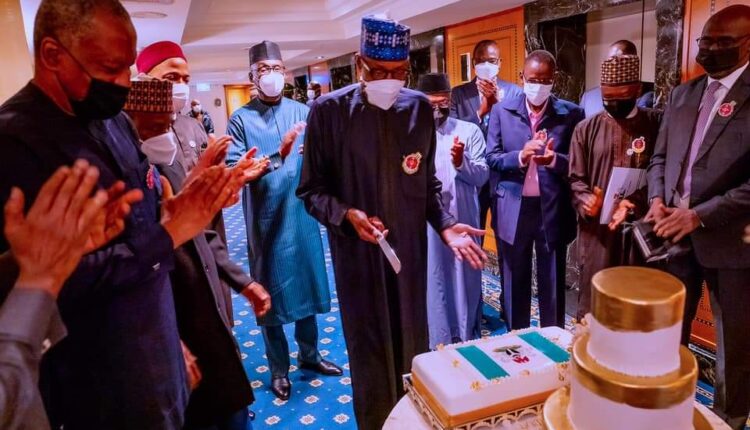 President Muhammadu Buhari has given insight into activities lined up for his post-office plans, saying he would be retiring to his country home and resume after he successfully hand over to his successor in 2023.

He added that after retiring to his country home, he would return to farm as peasant farmer attending to his crops and livestock, noting that such had been his dream aside being a public office holder.

The president explained that while his eyes were set on returning to the farm, he would be devoting the remaining months of his administration to develop the country, tackle insecurity and return the economy to path of accelerated growth.

Speaking on Friday in Istanbul, Turkey, during a surprise ceremony to mark his 79th birthday, Buhari maintained that would put in his best for Nigeria until the last day when, in 2023 he hands over to a successor and returns to his farm to tender crops and livestock.

“I thought that being away from Abuja I will escape these things. The Guards Brigade had written to tell me what they wanted to do on this day. Now here you are doing this far away from home.

“I look forward to the year 2023 when I finish, to go home to take charge of my farm. Between now and that time, I will do the best that is possible to advance the interest of the nation and its people, and carry out my duties as prescribed by the Constitution,” Buhari was quoted as saying in a statement by his spokesperson, Garba Shehu.

As he stepped out of his suite moving to the meeting room with his Turkish counterpart, Tayyip Recep Erdogan, Buhari also met a surprise lineup of the Nigerian delegation with a cake decorated in Nigeria’s national colours chanting “Happy Birthday, Mr. President.”

The Minister of Foreign Affairs, Goeffery Onyeama, who spoke on behalf of the delegation and the Ambassador of Nigeria to Turkey, Ismail Yusuf Abba, congratulated the president on the good work he is doing for the country, and wished him a happy birthday, many healthy years ahead and the energy to give his best to the nation.