Buhari, state Governors should not rush to suspend lockdown-… 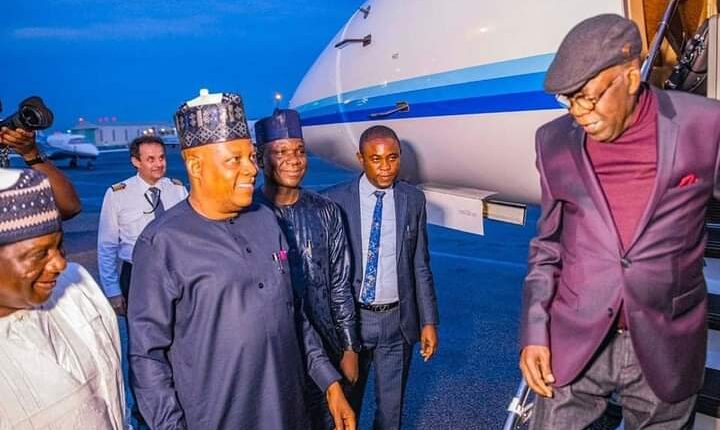 Share
The presidential candidate of the All Progressives Congress (APC), Bola Tinubu, has told millions of the party members and supporters that his trip was not that he abandoned them but rather to strategies for the election and that his return was to hit the ground running for the 2023 general election in the country.
Tinubu, who described his trip as very fruitful, stated that he is actively ready to hit the ground running and campaign vigorously for himself and that of his running mate as well as members of the APC seeking elective seats during the poll,
He said that what his candidacy and that of his running mate, Kassim Shettima, were prepared to offer Nigerians include patriotism, dedication, capacity, and ability to do the job for the country towards becoming greater than before.
The APC candidate gave the assurance on Thursday during an interview with newsmen after returning to the country, barely 12 days after leaving for London, United Kingdom (UK) where he was said to have engaged in strategic political meetings.
He noted that Nigerians should throw away their negative perception of the country and begin to embrace the better side as he and his running mate were ready to work for a better Nigeria.

The Lagos state former governor promised that the ruling party would continue to do the needful for the country to achieve all necessary goals.

He said: “The trip was fruitful and I enjoyed my break and I am happy to be back in my fatherland. And after my arrival, Nigerians should expect a very intelligent ability to think and perform.

“And they should expect that the help they needed is here now. The hope that is almost jittering is back. I am back actively. We owe every effort, patriotism, dedication, capacity, and ability to do the job to the country”.