Just In: Lagos DPO, other officers in mess for allowing… 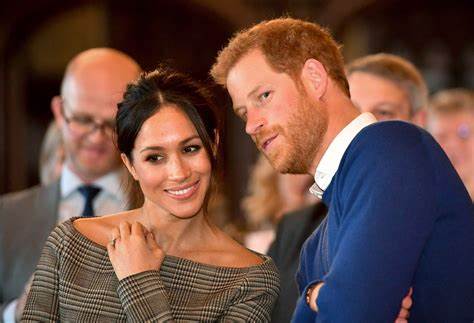 The entire British royal family, political class, domestic staff, and other English men and women in Buckingham Palace and outside were currently in shock after a genetic heritage test conducted on Duchess of Sussex, Meghan Markle, revealed that 43 percent of her body composition indicated that part of the lineage was from Nigeria.

To the palace and everyone in the kingdom, Markle bloodline was not purely English but tracing part of her lineage back to the African nation, Nigeria, was what has continued to give many major concerns.

The Duchess of Sussex revelation on Tuesday has also attracted reactions from many Africans particularly Nigerians who now see her as part of them and should protect their interest in United Kingdom.

Markle made this known in the latest episode of her podcast, Archetypes, where she expressed her desire to learn more about her roots particularly understand the ethnic root she belong in the West African nation.

During the episode, Markle discussed with American actress, Issa Rae, Nigerian-American writer, Ziwe Fumudoh, and Prof. Emily Bernards, and stressed that her quest to know her status and understand herself formed decision to have embarked on the genealogy test.

She said: “I just had my genealogy test done a couple of years ago. And I can tell you that I’m 43 percent Nigerian”.

To the shock of Ziwe, who responded, stated that it was impossible and urged the Duchess to reconsider her statement and possibly rephrase it properly considering her status in the United Kingdom.

They also asked her that which of the major ethnic groups, Igbo, Yoruba, and Hause, does she belong to so as to help narrow her findings on where she emanated from.

Responding, the Duchess said that she could not determine yet and that it was after she would have dug deep that all answers to her questions would be made known.

“I’m going to start to dig deeper into all of this because anyone that I’ve told, especially Nigerian women, are just like, what?”

The podcast revelation was the first time Meghan opened up about her ancestral background on the public stage.

As gathered, her lineage had often been a source of concerns to the royal family and discovery that she was from Nigeria had further put pressure on the family’s dream to ensure that all link to the throne have truly English men and women.