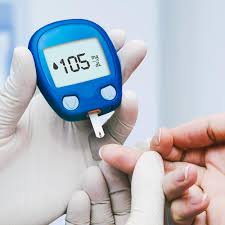 People in certain occupations have a three-times-higher risk of type 2 diabetes compared to those in other jobs, probably because of lifestyle factors, a nationwide study in Sweden suggests.

Getting these workers to ramp up physical activity could be the first step to preventing the disease, the researchers say.

“The way to target the workplace is by finding employees at the highest risk,” study leader Dr. Sofia Carlsson from the Institute of Environmental Medicine at the Karolinska Institutet in Stockholm told Reuters Health by phone. “We wanted to go through all occupations in the entire Swedish population and see where the risks and prevalence of type 2 diabetes were highest.”

About 7% of Swedish adults, and 4.2% of the working population, have diabetes.

Carlsson’s team used population registries to identify more than 4.5 million Swedish citizens born between 1937 and 1979 who were gainfully employed between 2001 and 2013.

Rates of diabetes varied by profession, from 2.5% to 8.8% in men and from 1.2% to 6.4% in women, the researchers reported at the annual meeting of the European Association for the Study of Diabetes and in the journal Diabetologia.

Among male professional drivers, for example, 8.8% had diabetes, as did 7.8% of manufacturing laborers but only 2.5% of computer scientists. Among women, prevalence was highest in manufacturing workers, at 6.4%, followed by kitchen assistants (5.5%) and cleaners (5.1%). It was lowest among specialist managers, at 1.2%.

Professional drivers, manufacturing workers and cleaners were at the highest risk, and the irregular hours and shifts, stress and sleeping time associated with these occupations could be the cause, Carlsson said.

“We see risk factors early in the working career, and this could be targeted through workplace intervention,” she added.

While association is not the same as causation, the research provides direction for next steps, said Dr. Ronald Tamler, Professor of Medicine, Endocrinology, Diabetes and Bone Disease at the Icahn School of Medicine at Mount Sinai in New York City, who was not involved in the study. “Is there a causative effect in certain occupations and if so, how can we mitigate that?”

Carlsson pointed to attempts in the U.S. to implement diabetes prevention programs at work.

“A randomized clinical trial in the U.S. in the early 2000s showed lifestyle modification counseling reduced the risk of type 2 diabetes by around half,” she said. And it didn’t ask much from the people with diabetes: “A 5% reduction in weight, more physical activity, and a 70-minute brisk walk every day,” Carlsson said.

The findings are significant for the U.S. population, too, where according to the Centers for Disease Control and Prevention, one out of every 10 people has diabetes.

In earlier U.S. studies, professional drivers and shift workers were more likely to have diabetes.

“In the U.S. too, people with lower socioeconomic status, less physical activity, poor access to healthcare and lower health literacy are at greater risk,” Tamler said.

“Ultimately, diabetes is a massive cost driver in healthcare and a considerable source of absenteeism at work,” Tamler said, adding the current study offers a chance for employers to start preventive programs.