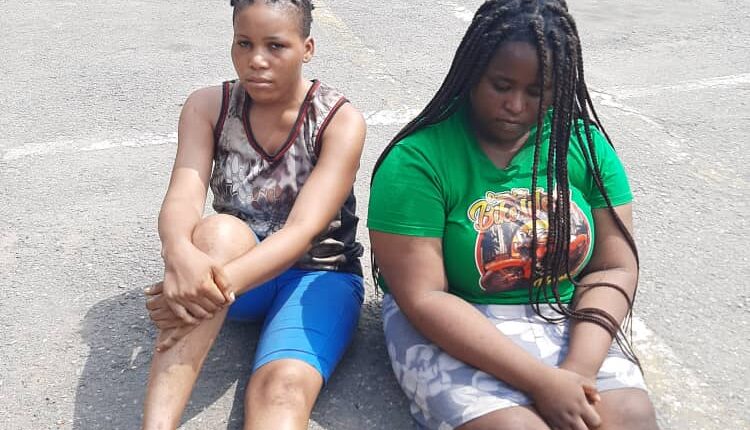 While Ifesinachi was reported to have fled after the act, the duo of 22years-old Precious Chukwu and Ujunwa Offiah, 18, were under detention at the Police command.

Before the arrest, fleeing suspect, Ifesinachi, was said to have kept Ujunwa at a place and later put call through to her family that she had been kidnapped and demanded ransom.

As gathered, the family, in fear of losing their daughter, negotiated but the Uber driver insisted that the Offiah’s pay N30 million ransom before she could be set free.

It was learnt that the family, while in search of a negotiator, seek the assistance of Precious, who claimed to have bargained in interest of the Offiah’s, paid N700, 000 to Ifesinachi before letting Ujunwa regain freedom.

Days after the deal had been concluded, the State Criminal Investigation Department (SCID) in Panti, Yaba axis of Lagos was said to have swung into action and later discovered the entire scenerio was a staged.

After realising this, the law enforcement agency was reported to have immediately arrested the two friends and deployed search team to go after the masterminder.

The suspects were personally interrogated and paraded at the Lagos Command Headquarters, Ikeja on Monday, by the Commissioner of Police, Hakeem Odumosu, who ordered that the fleeing suspect be arrested.

The Command spokesman, Olumuyiwa Adejobi, in a statement made available to The Guild, added that the suspects were currently under detention in the state.

Adejobi said: “In addition, the operatives attached to the State CID of the command have arrested the duo of Precious Chukwu, f, 22 and Ujunwa Offiah, f, 18, for conspiring with one Ifesinachi Blessed, m, 26, of Coker area Lagos State, to stage a kidnapping case. The duo are girlfriends to the mastermind, Ifesinachi, who is a UBER driver but presently at large.

“The fleeing suspect, Ifesinachi, has kept Ujunwa at a place and placed calls across to her family that she had been kidnapped. He pretended as a kidnapper and demanded a ransom of N30 million. They eventually negotiated, with the help of his other girlfriend, Precious Chukwu, and agreed to pay him N700,000 before he “released” Ujunwa”.

12 EndSARS hijackers, armed robber, others under detention in Lagos