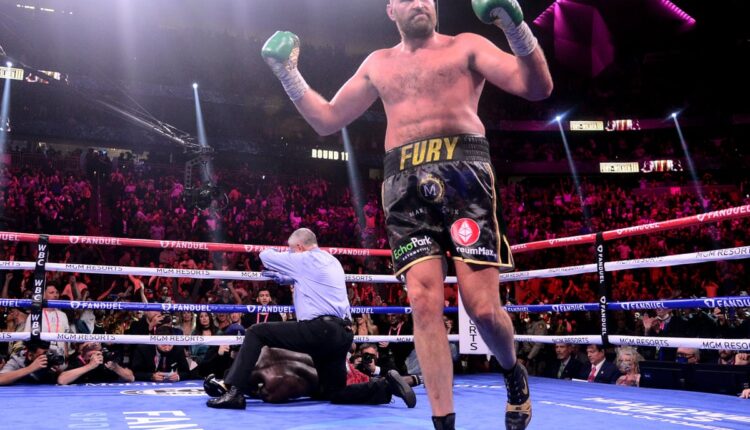 The British heavyweight boxer, Tyson Fury, has knocked out his American opponent, Deontay Wilder, to retain the WBC belt during a trilogy bout in Las Vegas, United States.

Fury sent his opponent sprawling in an explosive third, only to see Wilder recover and the Briton found himself on the end of the Bronze Bomber’s huge right hand twice in quick succession.

Wilder was hanging on by the end of the seventh on Sunday morning but was still in a gruelling fight come the 10th, when Fury knocked him down once more, before delivering the final blow in the 11th to bring this particular chapter of heavyweight boxing to a close.

The bout which came 24 months after Fury dethroned the American, afforded the Briton an opportunity to show all his resolve and resilience to extend his undefeated professional record to 32 fights after twice being floored in the fourth round.

Speaking after winning the bout, the British boxer said: “I was down a couple of times, I was hurt, Wilder is a strong puncher. It was a great fight. I will not make any excuses, Wilder is a top fighter, he gave me a run for my money. I always say I am the best fighter in the world and he is the second-best. Don’t ever doubt me. When the chips are down I can always deliver.”

NNPC coming up with intervention funds for Nigerian bad roads