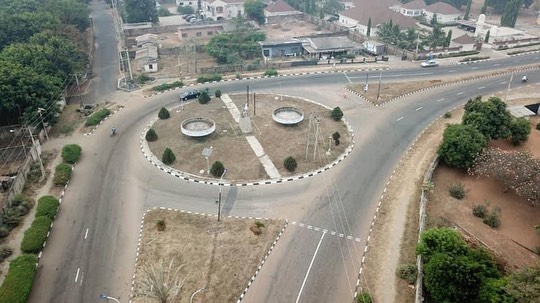 The Kwara State Government has attributed the reduced road crashes and traffic laws violation by motorists and other road users being recorded across the state to quality road projects being embarked upon by Governor Abdulrahman Abdulrazaq-led administration.

Part of the measures to curb traffic abnormalities in the state, the government said, were thermoplastic reflective road marking it undertook in parts of Ilorin, the state capital.

The Chairman, Kwara State Road Maintenance Agency (KWARMA), Bolakale Oloje, said that the rationale behind the exercise was not only to beautify roads but to also curb excesses of road users and reduce crashes as a result of breaching of traffic rules.

Speaking with journalists in Ilorin, Oloje explained that it would be difficult to cross lanes indiscriminately while plying the roads if they were clearly marked for the users.

He added that the beautification of roads, which the government embarked upon was also designed to draw investors into the state and create job opportunities for the teeming youth.

The KWARMA boss further said that the plan of the state government to make the atmosphere conducive for businesses also prompted the quest to improve infrastructure across the state.

Oloje reassured that the government would initiate more policies to stimulate the economy of the state for the overall benefits of the citizenry.

He noted that KWARMA would intervene in a number of roads in the state as soon as the 2021 budget received the approval of the state House of Assembly.

Oloje listed the ongoing road projects in the agency as those of Offa, Shao-Malete, which is about 80 percent complete and as well as the linking of Idi-Igba to Aibinu-Apaokagi Street through laying of interlocks.