How Policeman, two others died during youths attacks on Kogi station 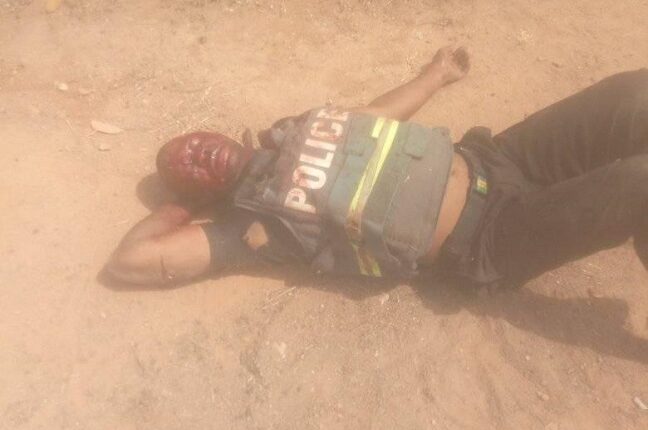 An Inspector of Police, Bamisaye Gbenga, and two residents of Odo-Eri community in Yagba West Local Government of Kogi State were confirmed to have died when protesters and the law enforcement officers clashed at a police station in the council.

The protesters’ attack on the Police station was said to be in retaliation to the death of two residents who died while the law enforcement officers from the station sited within the community were trying to disperse the mob that occupied their premises.

AS gathered, the residents marched to the divisional police headquarters in the town when news filtered in that two of the robbers that attacked two commercial banks and an adjourning community, Egbe, within the council had been arrested and detained at the station.

At the station, the angry residents demanded that the two suspects under detention be handed over to them to lynch, claiming that they could later be released without their knowledge.

The Police Public Relations Officer for Kogi Command, William Aya, disclosed that their requests were turned down by his colleagues with an appeal to the irate youths to allow proper prosecution and that the law does not permit jungle justice.

Aya, on Friday through a statement made available to newsmen, explained that the appeal by the law enforcement officers did not go down well with the protesters that were yesterday still pained over the attacks that occurred 48 hours before.

The command’s spokesman disclosed that two of the suspects were arrested and taken to the Odo-Ere Division (police station) following the search conducted through aerial surveillance by a police helicopter, along with the special forces.

While efforts by the police to pacify the mob proved abortive, Aya said they became violent during which Bamisaye was killed and another policeman, Sunday Alechenu, was injured.

Part of the statement reads: “In the efforts to disperse the mob, two persons, a male, and a female were maimed but both died in the hospital while receiving treatment. Meanwhile, Part of the station was set ablaze by the mob.

“The Commissioner of Police while condemning the act of lawless perpetrated by the Youth of Ode-Ere calls on them to restrain from taking the law into their hands. While assuring the public that at the conclusion of the investigation, the suspects will be arraigned in court to face justice.

“The Commissioner of Police extends his heartfelt condolences to the families of those who lost their lives during the unfortunate incident”.