Two aspirants step down for Idris Aregbe ahead APC council… 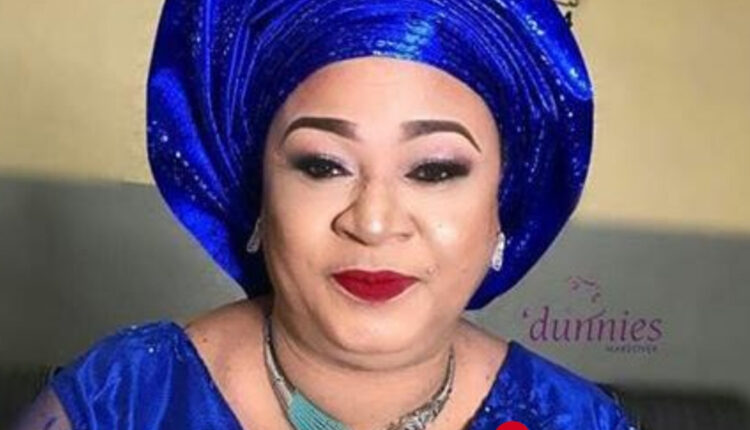 The family of deceased Nollywood actress, Racheal Oniga, has disassociated the actress’s death from coronavirus and narrated that Oniga died at a hospital in Lagos State after she fell sick.

Oniga’s family added that the late actress died after suffering a heart-related disease and that she battled the ailment briefly before her demise, barely two months after celebrating her 64th birthday.

The family, in a statement signed by her sister, Toyin Odusote, and released on Saturday, further disclosed that Oniga died at about 10 pm on Friday, although did not state the name of the medical facility.

According to the family, the need to disclose the cause of her death and other details were basically taken to debunk claims been peddled around that the Nollywood award-winning actress died after contracting COVID-19.

In the statement titled: ‘An official statement on the passing of Chief Racheal Tabuno Oniga’, the family appealed to Nigerians particularly her fans should allow them to mourn her demise in private and that a date for her burial would be announced accordingly.

The family statement reads: “With a heavy heart and to talk submission to God, we write to announce the passing unto glory of our beloved sister, mother, and grandmother, Chief Racheal Tabuno Oniga. She died in a Lagos hospital at the age of 64 on Friday, 30th of July 2021 at about 10 pm.

“We accept her sudden transition as God’s design and we see it as a function of a race of life well finished. Painful as it may be, we accept it in good faith and total submission to her maker.

“We, therefore, desire to be allowed to mourn her death privately for now as we do this with a deep sense of respect for her soul and the glorious life she lived.

“The burial arrangement will be announced in due cause. We appreciate the calls, messages, and condolence expressed by everyone and we pray for a sweet repose of her beautiful soul”.