How NLNG Train 7 will boost Nigeria’s foreign exchange earnings, others 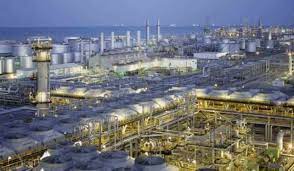 The All Progressives Congress (APC) has said that the Nigerian Liquefied Natural Gas (NLNG) Train 7 Project would take Nigeria’s capacity to process its abundant gas deposit to about 30 million tonnes annually and boost the country’s foreign exchange earnings.

It explained that the Train 7 NLNG project was part of the Decade for Gas Development Initiative, which was an element of the National Gas Policy of 2017 articulated by the Buhari-led administration.

According to him, Train 7 is designed to produce 8 million tonnes of Liquefied Natural Gas (LNG) and condensates annually and also promises to lift Nigeria’s LNG production to 30 million tonnes per annum from the current 22 million tonnes.

This, he added, was in addition to diversifying the country’s economy in line with the promise made to Nigerians by the APC.

Akpanudoedehe said that the project added to the long list of major strategic projects being implemented by the APC-led administration of president Buhari.

He expressed optimism that the project would boost Nigeria’s foreign exchange earnings and create thousands of jobs during and after construction.

He explained that the project would also contribute to the country’s industrial development, as well as encourage the use of gas as fuel of choice for domestic purposes.

He congratulated Nigerians on the development, saying the country had embarked on other gas-utilisation projects.

This, he said, included the National Gas Expansion Programme, the construction of the 614-km Ajaokuta-Kaduna-Kano (AKK) gas pipeline and the Autogas policy.

“With these projects coming to fruition, Nigerians would tremendously benefit as more of the 600 trillion Nigeria’s gas endowment is processed and converted into a commodity,” Akpanudoedehe said.