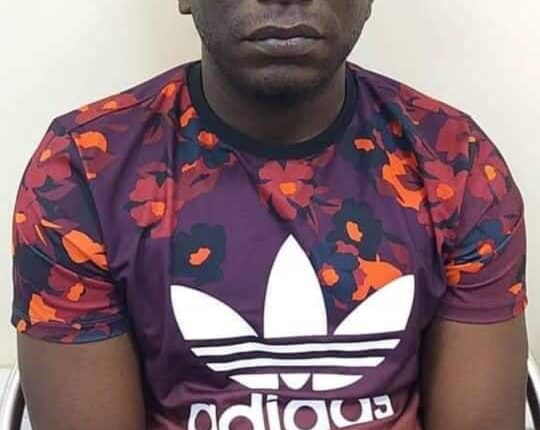 A Brazil-based Nigerian, Okafor Okwudili, has been picked by the National Drug Law Enforcement Agency (NDLEA) for allegedly trafficking drugs into the country through the Murtala Muhammed International Airport in Ikeja, Lagos State.

Okwudili was said to have been picked by the anti-drug trafficking agency for bringing into the country over 2.55 kilograms of cocaine from Brazil.

Before his arrival into the country’s port, the Nigerian businessman was said to have hired another drug trafficker to bring the items into Nigeria but the hired transporter hide the drugs in the E-Arrival hall’s toilet, in a bid to bypass narcotic officers positioned to check drugs inflow.

It was learnt that the trafficker could not go back to the toilet where he had hidden the drugs pending completion of the search been carried out by NDLEA officials.

The anti-drug agency, The Guild gathered, discovered the hidden parcel, and commenced investigations to unravel the actual owner of the cocaine. 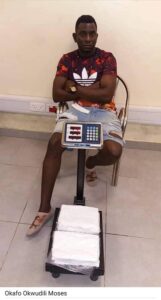 Over 24 hours after, Okwudili arrived at the airport from Brazil via an Ethiopian Airlines flight and was said to have been promptly arrested by the narcotics officers after going into the toilet to search for the items.

It was learnt that while searching the toilet, the NDLEA officers arrested him and after several minutes of interrogation at the agency’s custody, he confirmed that he was the owner of the seized illicit drug.

The businessman’s arrest was confirmed by the Director, Media, and Advocacy, NDLEA, Femi Babafemi, through a statement released yesterday and made available to newsmen.

“The drug was discovered in the toilet of the airport on Friday 12th November after it was dumped there by a trafficker who was obviously scared of being caught by narcotic officers positioned at the airport.

“The following day, Saturday 13th November, the actual owner of the consignment, Okafor arrived at the airport from Brazil via an Ethiopian Airline flight and was promptly arrested. While being interviewed in custody, he confirmed he is the owner of the seized illicit drug”, Babafemi added.