How NDLEA arrest Lagos skit-maker, three others for drugs peddling 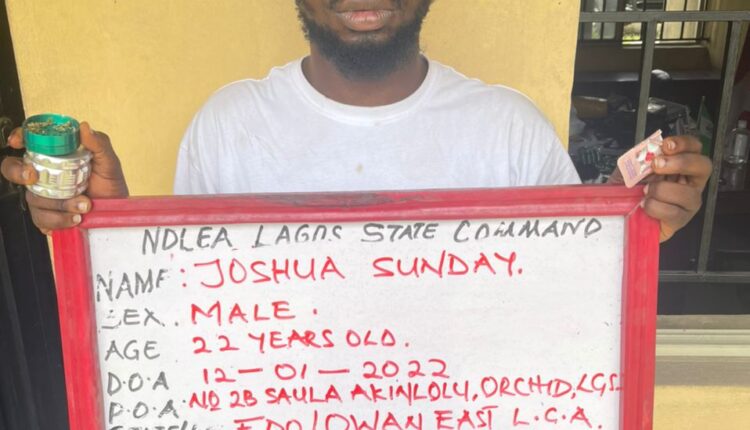 Other suspects who were said to be his friends and arrested alongside the 22-years old skit maker include: 39 years old Adebayo Ajayi, 35 years old Emmanuel Udoekong and 26 years old Austin Udoekong.

Joshua and his accomplices were said to have  been apprehended by the operatives of NDLEA when they stormed his house to carry out a search but the suspect and his friends had tried to disrupt the investigations, however after the search, narcotic officers recovered 200 sachets of 225mg Tramadol and 1.5kilograms of cannabis sativa.

As disclosed through a statement by the anti-graft agency’s spokesperson, Director, Media and Advocacy, Femi Babafemi, on Wednesday,  the NDLEA personnel had acted on credible intelligence, adding that during the operation, some persons who were with bags suspected to  contain drug exhibits had taken to their heels to avoid been arrested when they realized that they had met their waterloo and the implications of what it meant. 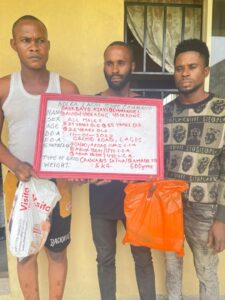 The men on the run to escape the law were said to have  ran into a house  located at 2B Saula Akinlolu way, Orchid estate, noted to be the house of  De General while the NDLEA operatives followed them with a hot chase.

Inside Joshua’s house, the young men were said to have constituted nuisance with their noise, hoping that it would prevent the process investigations and search but the operatives introduced themselves as officers of NDLEA and submitted themselves for search before entry after which a search was conducted in the house.

However,  despite the disruption, the search was said to have led to the recovery of  the drug exhibits found in their possession including, adding that it was found after the suspect had requested to record on video the search, which the officers out of sense of civility allowed.

Meanwhile, the video trending on social media was the moment the suspect and his friends decided to disrupt the bid to conduct a search of the house but in his confessional statement in the NDLEA’s custody, the suspect was said to have admitted ownership of the drugs recovered from his house.