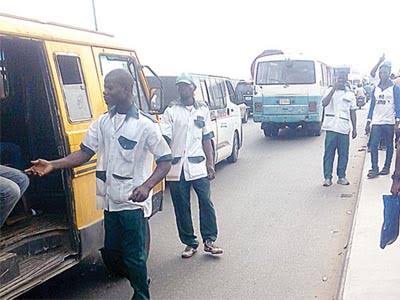 Lagos, like other states, collects taxes and levies as Internally Generated Revenue (IGR) and often use it on provision of social amenities that improve citizens’ standard of living. It IGR, when compared to most of its peers, is relatively high. Infact, the State Governor, Babajide Sanwo-Olu, in the just signed N1.168 trillion Year2020 budget, stated that it will be funded through a projected IGR of N1.071 trillion.

According to budgit, a financial analyzing organization, Road taxes, one of the 12 taxes and levies where the IGR will be sourced. This a daily levy paid by commercial vehicle operators plying roads within Nigeria’s states. And in Lagos, total receipt under Road Tax was approximately N9.54bn in 2016, accounting for about 3.16% of total IGR.

While Budgit statistics could not cover 2017, 2018 and 2019, theGuild authoritatively gathered that what should have come to the government through this levy should be above such especially from the 186 motor parks branches, Commercial motorcycle operators popularly called Okada rider and Tricycle operators also known as Keke NAPEP under National Union of Road Transport Workers (NURTW), Lagos chapter alone.

An executive member of the Union told the Guild that what NURTW realize alone annually and unremitted to Lagos State Government is more than N5 billion.

Meanwhile, check revealed that veritable sources of income for NURTW leadership led by Musiliu Akinsanya popularly called MC Oluomo, were Okada and Keke NAPEP operators. The reason has been that they are more than commercial drivers.

Aside from that, Okada riders and Keke-Napep operators have pitched their tents under NURTW and RTEAN after Lagos State Government introduced Road traffic law 2012, to restrict their movement on over 400 roads and Bridges and other conditions that must be adhered to if their operation must continue in the state.

Due to threats posed by this law, the riders have pitched their tent under NURTW and RTEAN, two registered bodies, for possible negotiation with Lagos State Government. While RTEAN has allowed the operators under it form a body, Nagari Nakowa Motorcycle Owners and Riders Association (NNAMORAL) and have their leader, those seconded to NURTW had neither name nor leadership. Understanding their predicament, they have become NURTW cash-cow.

An NURTW member, who spoke on anonymity, disclosed that considering their predicament, Okada riders and Keke operators pay their levies promptly unlike the Yellow buses popularly called Danfos, to avoid been asked to leave the road. “And that is why they have become the Cash-cow for NURTW leaders”.

To worsen their challenges, the MC Oluomo led administration has dissolved Okada and Keke executives, inaugurating a caretaker committee with the task to remit about N150 million daily. This is to allow him to solidify his base for any unforeseen contingencies including proscription of the Union which Sanwo-Olu recently threatened to embark upon, just like his Oyo State counterpart, Governor Seyi Makinde.

The source narrated that the “committee installed by MC Oluomo remits daily to him. And no one, including Olusope Bodude, other vice chairmen and executive members, can question his authority. You know in Transport union, you cannot query your boss on his of his actions”.

“Infact, the ex-chairmen of Okada riders and Keke who were identified as Odusanya and Epo are owners of over 20 houses in Lagos. They achieve this due to the lacuna in levies collection and remittance to government”.

To prevent further embezzlement of government revenues, NURTW members demanded that the MC Oluomo led executive, to conduct another election as stipulated by NURTW bye-laws. Rather than yield, the state chairman installed caretaker committee and that has been in place over four months without any plan to conduct elections.

“Immediate ex-chairman, Tajudeen  Agbede, is better when one embarks on comparison of his predecessor and successor, MC Oluomo. This is because he was mild but since the installation of Oluomo, it has not been a party as usual because laid down procedures have been jettisoned by his leadership”, the top member lamented.

.How Danfos pays over N3bn as road taxes to NURTW

While Keke and Okada operators seem to have an unofficial mode of collection, the motor parks across the state have been remitting atleast N3 billion annually to the Union; this is expected to increase under Oluomo’s tenure.

One of the 186 branch chairmen confided that structure currently laid by the incumbent executive led by the chairman, MC Oluomo, at the parks will continue to deprive Lagos huge revenue.

Though could not reveal his name, because he was not authorized to talk, but he lamented that they have resigned to fate because several funds that should have been remitted into government coffers find their way into pockets of NURTW leaders to cater for several personal financial needs including sponsoring their children abroad for education.

According to him, aside from that we collect more levies than expected from the commercial drivers, we do not remit as expected to the government. Rather, more goes into pockets of NURTW leadership in Lagos.

He said: “I am pained because the leadership has introduced some levies which do not go into the coffers of government. And they hide under the guise that of collecting levies at parks. You need to understand that several levies have started surfacing under the MC Oluomo leadership without affecting remittance to government”.

The NURTW branch chairman disclosed that the levies are collected in 186 branch units under the Transport Union, adding, for instance, the leadership has instructed each NURTW branch unit to pay N260,000 weekly and this amount N48.36 million. This is what the 18-man leadership gets weekly.

From the check conducted by TheGuild, it was revealed that leadership of the transport union gets atleast N2.514 billion annually from these branch units as weekly levies.

Another check conducted by theGuild revealed that the monthly dues received by NURTW leadership from its 186 branch chairmen annually were N1.182 billion and will increase in year2020.

The source argued that these funds do not include other unremitted funds paid by each branch chairman to the leadership. For instance, 186 branch chairmen paid N585.9 million into the coffers of the union as inauguration fee.

“URGENT REMINDER!!! Dear Comrades, This is to officially REMIND all NURTW Branches to ensure that your Branch Nomination Forms/Inauguration payments are urgently paid to the appropriate office at the State Council Secretariat on or before Thursday 19th December, 2019 unfailingly. Comply to avoid the fixed sanction for defaulters. Thanks, yours State Council, NURTW (LSC)”.

He lamented that though there was no benefit whatsoever from the leadership to members, these dues collected affects revenue that should have been accrued to Lagos State Government because they are sourced from the parks.

“We do not have any other means to generate this fund. So, all we need to do is return to our various motor parks and get it from commercial drivers under the pretense of road tax and ensure that this fund is complete and remitted without any further delay”.