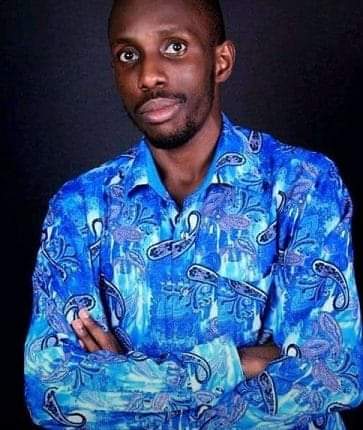 A 400-Level student of University of Ilorin (UNILORIN), Elijah Anuoluwapo, has been reported to have committed suicide, barely a month to his 27th birthday in the state.

The student, who was well known among his colleagues in English Language department and identified simply as Jude (middle name), was said to have been confirmed dead by medical experts at the University of Ilorin Teaching Hospital (UITH) and they claimed the Anuoluwapo consumed poisonous substances.

Anuoluwapo’s action on Thursday was reported to have been his third and final successful suicide act after two other failed attempts as an undergraduate in the institution.

As gathered, the 400-level student was said to have been frustrated by alleged rejection by his members of his immediate family after his mother died and the grandmother, who had been protecting him, also passed on recently while preparing to complete his studies.

Speaking on the development, The Deputy Director, Corporate Affairs for institution, Kunle Akogun, in an exclusive interview with The Guild, hours after news of the student demise filtered in, said that the school management was yet to be alerted of the tragedy.

Akogun, who promised to get back to our correspondent as soon as possible, stated that the school consider the welfare of their students as paramount, adding I will verify soon and I will get back to you.

Meanwhile, friends to the deceased students hinted that his father had abandoned his mother since she was carrying Jude’s pregnancy and that the rejection later led to his mother’s death after she became depressed.

They claimed that their colleague was raised by his maternal grandmother who later died last year of cancer complications.

According to his closed friends, the development had become the main factor that had given him severe depression and frustration and made him to attempt suicide twice before the last one that later led to his death earlier on Thursday morning.

“Jude was a very brilliant student and even one of the very best with mastery of languages in the whole of the university campus. Many of us pleaded with him and even referred him to the school counselling unit after the second unsuccessful attempt which was about three weeks ago.

“It came to our surprise that he proceeded with another attempt around 8:15 pm Wednesday evening.

“We actually tried to save his life as usual, but to no avail, as he finally gave up the ghost earlier today in the hospital. If he didn’t die, he should have been one of the very best writers of the next generation,” a close friend lamented.

Some other coursemates of the deceased described him as a brilliant student who killed himself as a result of depression. While some of his colleagues hailed his braveness and perseverance, some others blamed him for considering suicide as an option despite several attempts to rescue him from untimely death.

“Many people quickly came to his rescue, most especially classmates to save his life as they promptly moved him to the school clinic and later to the University of Ilorin Teaching Hospital (UITH) where he later died out of inadequate treatment because medical doctors were not readily available on duty due to the strike ongoing action,” one of the classmates said.