How herdsmen kill 18 Plateau villagers, injure six others during attacks 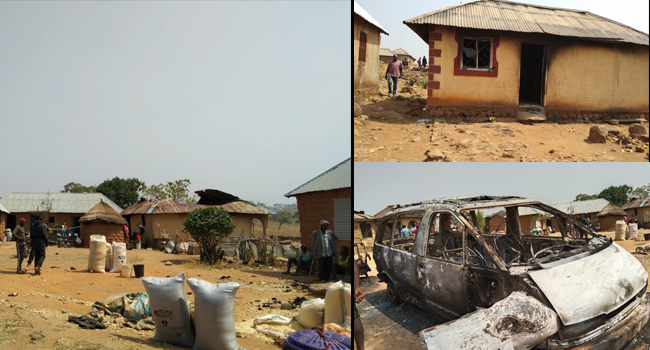 The residents of Ancha village in Rigwe Chiefdom of Bassa Local Government Area of Plateau State have been thrown into mourning after herdsmen attacked the community and killed no fewer than 18 people as well as inflicted varying degrees of injuries on six others in the state.

Aside from the deceased and injured residents, the herdsmen were said to have vandalised property in atleast 24 houses including vehicles, motorcycles, harvested crops, and several other valuable items that were carted away by the attackers.

A spokesperson for the Irigwe Development Association, Davidson Malison, in an interview with newsmen on Wednesday, said that the attack was carried out yesterday by suspected herdsmen who invaded the village and besieged it for over two hours.

According to Malison, the assailants raided unchecked by any security operative, leading to the destruction of 24 households with several properties such as vehicles, motorcycles, harvested crops, and several other valuable items, being carted away by the attackers.

In his reaction to the attack, the state Governor, Simon Lalong, described the incident as another sad tale in the unending violent attacks in the area which has continued despite several measures taken by the government.

The governor, however, has ordered security agencies to immediately ensure that the attackers were fished out at all cost.

Lalong specifically asked the General Officer Commanding 3 division and Commander Operation Safe Haven alongside the Commissioner of Police, the Department State Services, Operation Rainbow, and other security agencies in Plateau Sate to utilize intelligence available from survivors and other sources and ensure that perpetrators of the attack are apprehended and exposed.