How gunmen killed two policemen during station attack in Abia 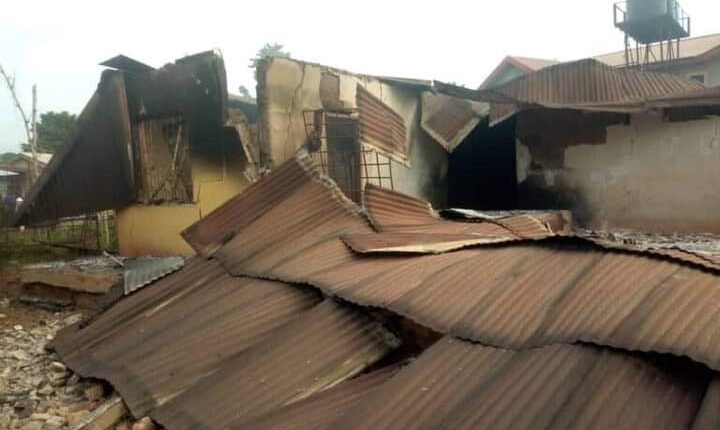 No fewer than two Nigerian Policemen were confirmed to have been killed by gunmen that attacked and set the Ubakala Divisional Police Station in Umuahia South Local Government, Abia State, ablaze.

The gunmen were also reported to have destroyed 11 Patrol vehicles and other and set free some hoodlums held by the law enforcement agency pending outcome of the ongoing investigations linking them to criminalities perpetrated across the state.

As gathered, the suspected gunmen arrived at the station during the early hours on Monday unleashed terror on the station, killing two officers in an operation that lasted for several minutes. 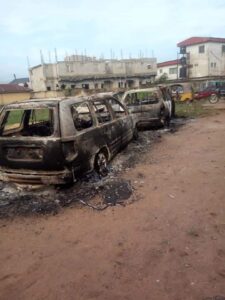 A resident of the area who spoke anonymously said the midnight attack caused serious panic among residents of the community, leaving many to shield themselves in other to avoid been hit by a stray bullet.

“We were asleep when suddenly we began to hear serious gunshots. Everybody in my house was woken up by the sound and then came an explosion, followed by fire,” the eyewitness said.

Confirming the attack, the spokesman for the Abia Command, Godfrey Ogbonna, in an interview with newsmen, said the hoodlums attacked the station around 12.10 a.m., with explosives.

According to him, the operatives, who were deployed to reinforce security at the station, tried to repel the assailants. In the process, we lost two of our men,” he said, pointing out that the number of the attackers had yet to be ascertained.