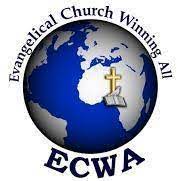 Activities at the Evangelical Church of West Africa (ECWA) Nigeria branch in Kogi State have been halted after gunmen attacked the premises during worship session and killed one person, Reuben Gbenga.

During the attack that lasted for several minutes, two members of the church, Oshadumo Julius and Abiodun T.O., were abducted by the gunmen, and scores of members were left with varying degrees of injuries.

The gunmen were reported to have attacked the church during service in Okedayo along the Kabba–Okene road in Kogi State on Sunday.

Eyewitnesses narrated that the gunmen, a few seconds after arrival, started shooting sporadically and a member of the church, Reuben, was later killed by a stray bullet.

Confirming the attack, the Nigerian Police, Kogi Command spokesperson, William Ayah, said that members who sustained injuries were currently receiving treatment at a hospital within the state.

Ayah, who disclosed that the command was on the trail of the gunmen, assured Nigerians particularly residents of Kogi that the commend would not relent in its effort to ensure the perpetrators were apprehended and abductees rescued.

The spokesman, meanwhile, appealed to the general public to furnish the law enforcement agency with useful information that could lead to quick arrest of the gunmen.

This attack came days after some gunmen invaded the Kabba Medium Security Custodial Centre, killing two security operatives in the process and aided the release of 240 inmates.

Days after the attack, the joint law enforcement agencies have recaptured 114 inmates and have intensified manhunt for over 100 others still on the run.