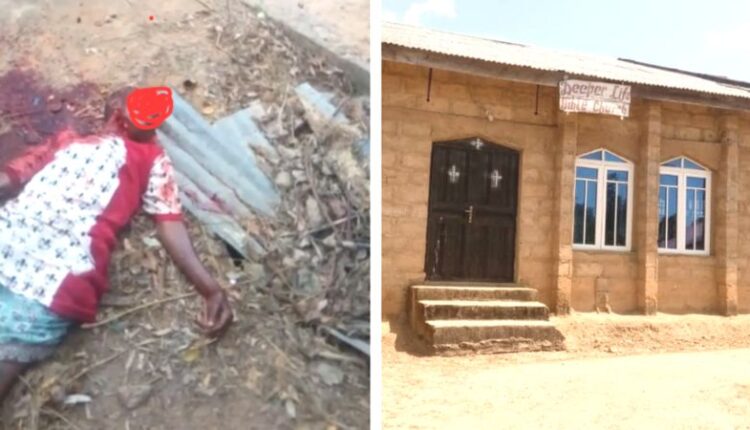 Share
A member of the Deeper Life Bible Church, Veronica Dare, has been reported killed by gunmen that earlier abducted her in Akoko South West Local Government Area, Ondo State.
Veronica was said to have been killed while on her way to the church sited at Iwaro Oka-Akoko, to sweep and clean the religious center behind Owalusin Primary School, ahead of the Sunday service.
It was learnt that every weekend Veronica wakes up earlier than other members, leave for church and clean the religious center before other members arrived for the weekend activities.
As gathered, the victim left home at about 5 am on Sunday to perform her task within the church but on her way, she was said to have been kidnapped and latter killed by her abductors that later dumped the body a few meters away from the worshipper’s destination.
Following the murder of the church worker, the community has been thrown into a state of apprehension and were currently panicking that the community has been infiltrated by gunmen.
Many became afraid after catching a glimpse at her lifeless body in the pool of her own blood and they claimed that the church worker’s death was beyond their imagination.

Confirming the incident, the Police Public Relations Officer in the State, Funmilayo Odunlami said the woman was found dead in front of the church.

The PPRO added that investigation had commenced over the incident in a bid to unmask those behind the dastardly act, assuring family and residents of the community that the perpetrators would be arrested soon.

Gunmen trap inside prison after attacking facility in Plateau