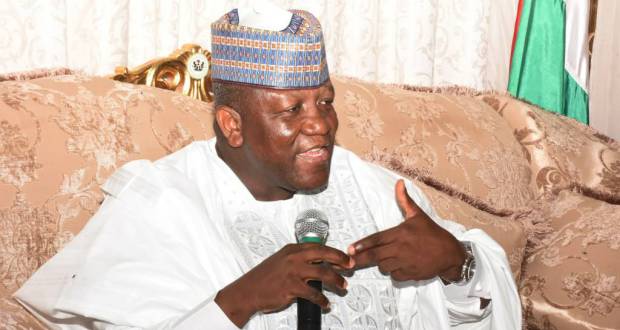 According to the committee, a whooping sum of Fifty-Eight billion, Twenty-Four million, Four Hundred and Seventy-Seven Thousand, Six Hundred and Seventy Naira, One kobo (N58,024,477,670.01K), as intervention funds, salaries bailout, excess crude account, commercial banks restructured loan from DMO Abuja and budget support facility all from the federal government could not be used for the purpose they were meant for.

The committee noted that the facility was granted by the federal government through the Skye Bank, amounting to Ten billion, Twenty million, nine hundred and fifty two thousand, nine hundred and sixty four Naira, fifty one Kobo (N10,020,952,964.51K) to Zamfara State government at 9% interest for a period of 20 years and for payment of salary arrears to the state and local government workers.

Speaking on the conversion of Commercial Bank loan to FGN Bond, the committee stated that the facility was facilitated by the DMO Abuja in converting state and local government loans outstanding to the tune of eighteen billion, four hundred and thirty-four million, five hundred and twenty-four thousand, seven hundred and five hundred fifty kobo (N18,434,524,705.50k ) which it said with the federal government bond, it would have eased the state to have a lower repayment of the loans for a higher period of time.

Continuing, the committee said the excess crude account concession loan facility was granted by the Central Bank of Nigeria through Skye Bank to Zamfara State government at 9% interest rate per annum for 20 years tenor for developmental projects.

Commenting on the budget support facility, the committee explained that the facility was granted to the state monthly by the federal government to ease budgetary shortfalls experienced by the states.

The committee which noted that the facility will provide financial support to State in the execution of their annual budget through the CBN small-medium enterprises loan (SME), said that N2 billion SME intervention funds was sourced from the CBN for the expansion of business of SME in the state, saying that there was no records of the disbursement of the funds to the targeted beneficiaries.

“The governor and some members of his executive council marginalized all the stakeholders and shared the money to themselves. All the loans are tied to irrevocable standing payment order (ISPO) to be deducted from source (FAAC) on a monthly basis throughout the loan repayment tenor,”Abdulahi Shinkafi stressed.

He  added further that all the funds have been recklessly misappropriated, diverted, siphoned for personal enrichment through proxies, family, friends and cronies.

Why I killed my mother-in-law, two others – man tells Edo police