How electric kill four church worshipers during service in Lagos 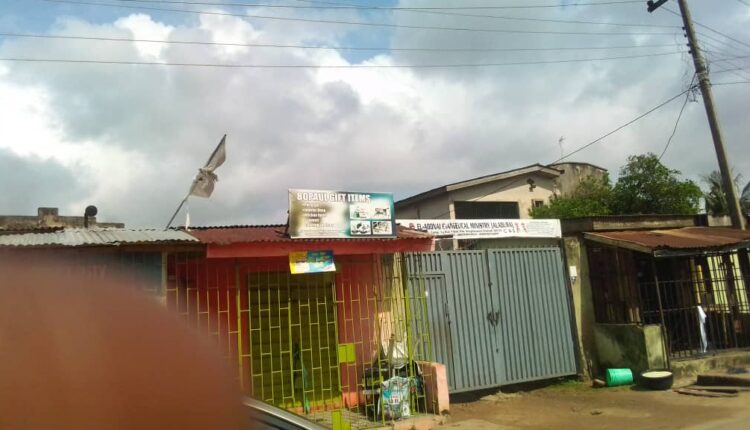 Tragedy has struck at a pentecostal church, El-Adonai Evegenlical Ministry, following the death of four members of the religious centre that were electrocuted during an annual anniversary service in Lagos State.

Of the four members that were electrocuted and died during their annual church anniversary in Abule Egba axis of the state, three were teenagers while the other person was a youth member of the religious house.

The three teenagers were identified as a 12-year-old Tope Adeshina, 14-year-old Ayomide Salisu, an 11-year-old child identified as Victor, while the youth, who died after his electrocution, was identified as Ayo, a 32 years old man.

They were among the six worshippers that were earlier electrocuted but while two members were resourcitated through a combine efforts of members, emergency officials and medical personnel, the three teenagers and the other person could not be brought back to life.

After it became obvious that the four could not be resourcitated, the premises became tense when it became clear that  Tope adesina, who was the only child of Hakeem Adesina, would not wakeup again.

The concern of many within the community was the Adesina’s, whose hope had been on Tope for a brighter future, particularly during his old age, when he would need him to provide care as they had done for him in the last 12 years.
Like the Adesina’s, other members of the victims families had wished that their loved ones had not join the team that would hoist the flags for this year’s annual anniversary celebration in the church.
Before the incident, the deceased, as usual, were said to be hoisting Nigeria and the church flags in readiness for the annual anniversary when power supply was said to have been restored and they got electrocuted.

Members that spoke anonymously, because they were not authorised to speak, narrated that while hoisting the flags, the victims were unaware that the pole for the flag was already resting on a high-tension cable that passed through the church premises.

Speaking on the tragedy that occurred, the Lagos State Fire and Rescue Service Director, Margaret Adeseye, said that the incident occurred at about 07:34 am on Sunday and that the officials were contacted after to assist with the rescue operation.

Adeseye, who disclosed that fire service officials Agege station attended to the emergency rescue operation and that the area was protected by the officials immediately on arrival to prevent further electrocution within the community.

According to her, the Ikeja Electric Distribution Company was contacted and the firm consequently switched off power supply from the community and its environs while rescue operations intensified.

She noted that the operation would have been swift but the irate youths that stormed the street, prevented the fire officials from handling the operation professionally as they would have expected.