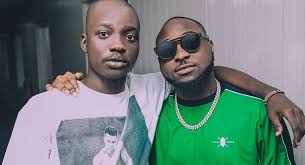 Davido added that he would ensure that the late young photographer, who captured several eye-catching moments during his previous trips abroad and across the country, name remain on the lips of music lovers for many years to come.

As gathered, the artiste had concluded plans to wax a track for him and include it in his next album that would be released before the end of the year as part of the strategy to immortalise Fortune.

He disclosed his plans in a tribute released on Saturday through his official social media handle and described the deceased photographer as an irreplaceable brother and not an aide.

Davido hinted that he and the deceased photographer had concluded plans on how to boost his career and make him one of the best in the sector, particularly across Nigeria.

He said: “I can’t believe you’re gone. Since we met you never left my side. for one day… Your page says it all. You really were all about me like nothing else mattered.

“You went from a complete stranger to one of my closest confidants within weeks. There is nowhere I entered that you and your lens didn’t enter. I can’t even believe I’m writing a tribute to you right now wtf we still had so much more to do. Your workshops. Your studios. Trips. Shows. Scenes. Moments. All of it.

“I can’t believe you didn’t give me the chance to fulfill the rest of my promises to you. my heart is so heavy right now and I’m just so grateful I met you. You truly were the best kid.

“A rare breed and I’m so grateful that we got to travel the world and create so many iconic moments with you. You are irreplaceable and you are gone now but I will make sure you are never forgotten! I swear it! This next one’s for you! RIP lil bro. Love you forever”.