How commercialising cannabis can create job opportunities for Nigerian youth 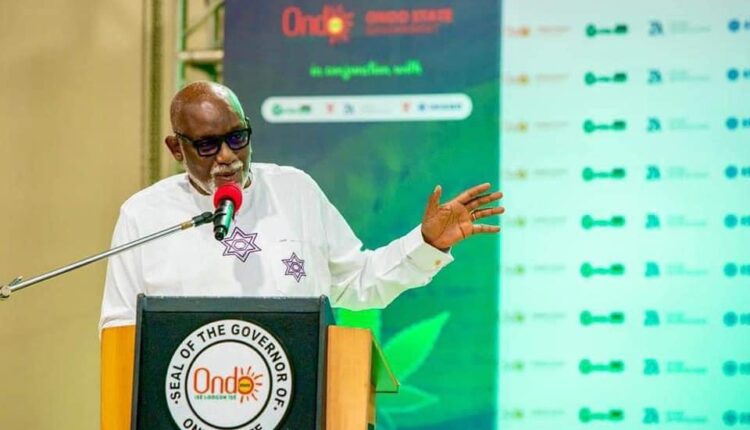 Ondo State Governor, Rotimi Akeredolu, has stated that Nigeria would gain more by commercialising cannabis and that exploring the product market would create jobs for unemployed, underemployed younger population across the country.

He added that controlled cultivation of the cannabis plant for medical usage and exportation would generate several billions of dollars and provide thousands of jobs for the teeming youths.

Akeredolu said that the global market of Medicinal cannabis in 2019 was put at 52.8 billion Dollars, and that the market forecast was an average of 14.5% increase from year 2020 to reach 103.9 billion dollars by 2024.

Akeredolu charged the government at all tiers, including stakeholders on the need to break the barrier of misconception occasioned by ignorance and ill-information on cannabis plant and CBD oil in the country.

Akeredolu who spoke at a Stakeholders Round Table Discussions on “The Benefits and Opportunities of Cannabis Plant and CBD Oil in Nigeria – Research, Legislation, License, Medicine, Agro-Economy, Empowerment, IGR and Trade Exchange”, said that was important was the need to have controlled cultivation of the cannabis plant for medical usage and exportation.

The governor said that the cannabis plant has tremendous therapeutic value, stressing that it was being used to treat cancer, epilepsy and many other ailments, adding that the country has not succeeded in stopping the cultivation and misuse of cannabis by prohibiting it.

He, however, said that controlled cultivation of the plant for medical usage would reduce its availability in the underworld market, adding that cultivators would like to sell in a more financially-rewarding markets.

The governor urged the stakeholders to come up with a communique that would be useful for all arms of government and the private organisations so that informed decisions would be taken.

He said: “We need to save our forests from further plundering by Cannabis cultivators. Climate change phenomenon is a reality with devastating effect on our ecology or environment.

“This approach will reduce the availability of Cannabis in the underworld market because cultivators would like to sell in a more financially-rewarding markets. That is talking about industrial and medical market.

“We must put in place machinery to break the barrier of misconception occasioned by ignorance, pedestrian thoughts, and ill-information. We must come up with communique that will be useful for all arms of government and the private organisations so that we can all take better decisions.”