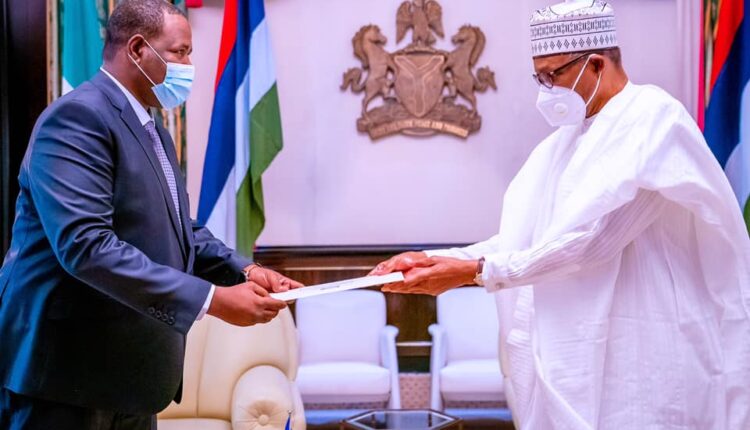 President Muhammadu Buhari has attributed gains recorded in the fight against terrorism across Nigeria to support received from neighbouring countries, particularly the Republic of Chad.

The president who singled out the country for commendation said that the security back-up provided by Chad has helped in enhancing the country strategies in the fight against insurgents, and other criminal elements.

Speaking on Friday while receiving in audience a Special Envoy of President Idriss Deby Itno, Ahmat Oumar Ahmat, at State House, Abuja, Buhari lauded Chad for what he described as the effective “security back-up” given to Nigeria in fighting against insurgency.

According to him, the need for security collaboration with our neighbours was why my first trips on assuming office in 2015 were to Nigeria’s immediate neighbours.

He added that without collaborations with neighbouring countries in tackling the issues of insecurity, particularly that of Boko Haram across the continent, degrading the terrorists would have been a herculean task.

“I went around because we needed to work together. The peoples are the same, cultures are similar, so it was important that we also worked together on security,” the President said.

On his part, the special envoy said that he bore a solidarity message from president Itno on the security situation in Nigeria, as well as encouragement for Nigerian troops, who were working hard to end insurgency in the northern part of the country.