How bandits stone journalist to death in Kogi 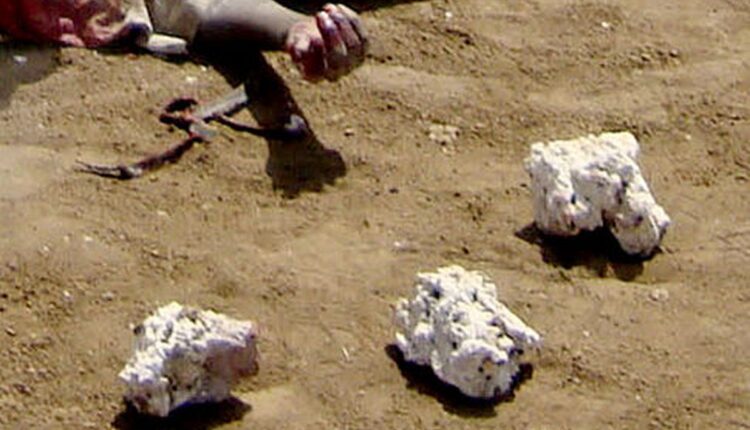 Details have emerged of how unknown assailants cut short the life of a Nigeria Television Authority (NTA) staff, Chukwu Obiahu, in Okene area of Kogi State.

Obiahu, said to be a popular journalist in the state, was reported to have been stoned to death by the bandits shortly after closing from work and was heading home to meet his family.

Sources said that the journalist was yesterday pelted with stone and died after several gunshots directed at him could not bring him down, as the bandits had wished during the attack.

It was learnt that his whereabout raised concerns among colleagues and family that was waiting for him to return as promised before leaving home that faithful day.

After several search, body of late journalist was found at a mortuary in Okengwe hospital, Okene Local Government, and was found to have covered in the pool of his own blood.

Speaking on the murder, the Kogi State Police Command Public Relations Officer, DSP William Aya, assured that operatives of the command have swung into action and begin immediate investigation to unravel those behind the
gruesome murder of the journalist.

Reacting to the incident on Thursday, the Nigeria Union of Journalists (NUJ) Kogi State council, who condemned the gruesome murder, described it as unfortunate.

Briefing journalists in Lokoja, the state’s NUJ chairman, Comrade Momohjimoh Adeiza called on security agencies to unravel the circumstances behind the death the late NTA worker, while describing the late engineer as a gentleman.

Commiserating with the NTA family over the loss, the NUJ chairman lamented that it has become very difficult for many Nigerians to go about their legitimate businesses over the level of insecurity across the country.

“A young man who went to work to do his legitimate duty was killed on his way home. It is so sad; very unfortunate. At this juncture, I will want to call on the Nigeria police, to do everything possible to unravel the circumstances behind the death of that young man.

“It is becoming increasingly difficult for people to do their legitimate business anywhere in Nigeria today. From the available information, he was a staff of NTA who closed at the end of the day. He was going back home and was later killed. I want to commiserate with the family, of the deceased and the entire NTA all over the country over the unfortunate incident.cLike I said, government should please do something to protect every Nigerian, the media broadcast inclusive. If the deceased had been provided with adequate cover, I believe what happened should not have happened.

“What we have heard is that he was closing late, and he was going home unprotected. No vehicle. If somebody must be closing from work at that ungodly hour of the night, something should be done for him to go home safely. I want to call on media owners to provide vehicles to convey their staffs to their various destinations to avert future occurrence of this ugly incident,” he said.