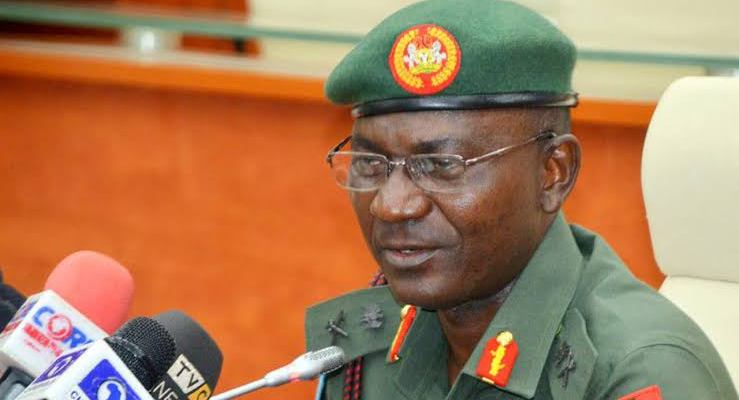 Barely three days after bandits kidnapped students of Government Science Secondary School in Katsina State, the Nigerian Army has given more insight into why the kidnappers were able to leave the school premises with over 400 students and how they were moved away from Kankara Local Government.

Explaining how the bandits perpetrated the act, the Coordinator of Defence Media Operations, Major-General, John Enenche, in an interview with newsmen on Monday, said that on arrival at the school premises at about 10:45 pm, the bandits shot sporadically in the air to create tension.

Enenche further said that the bandits on arrival at the school entrance shot and killed one of the law enforcement officers while the other sustained injuries and that this aided their ability to gain access into the premises.

According to him, after the attackers gained entrance, the Nigerian Army coordinator of the axis was alerted and he deployed a team to the scene immediately to prevent the bandits from getting away.

“On arrival of the team, who had been briefed to consider protection of the children as paramount, they engaged the bandits and during crossfire, the men realised that the kidnappers held on to the children and converted them as a shield.

“Considering the earlier brief already received, the personnel yielded and allowed the bandits to go away with the children but rescued the number that was within their reach”, he added.

The Coordinator further explained that the bandits moved the abducted students from their hostels via motorcycles and through other means to ensure that they achieve their mission.

“They were moved on the motorcycles they (gunmen) brought and after a short distance, some of them continued with the motorcycles, others dismounted.

“That is their usual characteristics – those abductors. It is the same system; the same approach they used. There was no evidence, no information about them using other modes of transport.”

He, however, disclosed that one of the school children kidnapped by bandits has escaped from the abductors and that he was currently being debriefed by the law enforcement agencies.

According to him, out of that 333, before I came into the studio, one escaped out of wherever they kept them and that had reduced the number.

He noted that the number of students abducted by the law enforcement agencies was the registered presented by the principal after the attack last Friday.

“The principal reported that he had 839 in the boarding house; and as at the time they were abducted, shortly after that, some came back and it was about five hundred plus that did not return,” he noted, corroborating the figure earlier released by the Katsina State Government.