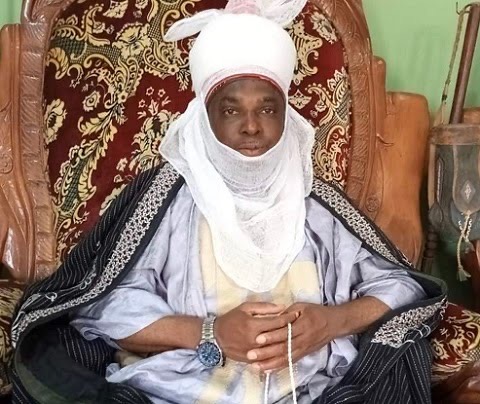 Activities at the palace of Emir of Borgu Kingdom in Niger State, the Dodo of Wawa, Dr. Mahmud Ahmed, has been halted after gunmen stormed the premises and kidnapped the traditional ruler in the state.

As gathered, the traditional ruler was abducted after gunmen stormed the community, shot sporadically, and went straight to the monarch’s place and took him away.

An eyewitness narrated that dozens of gunmen stormed the community on Commercial motorcycles popularly called Okada around 10 p.m yesterday and began to shot in the air to scare anyone that may intend to prevent the kidnap operations within the community.

Confirming the abduction, the Police Public Relations Officer (PPRO) for the command, Wasiu Abiodun, confirmed the kidnap of the traditional ruler from his palace on Sunday.

Abiodun added that the security agencies including the Police were already on the bandits’ trail to rescue the district head from his abductors in the state.

The monarch was said to be the 16th Dodo of Wawa and a Ph.D. holder in Environmental Science from a Malaysian university and is in the 12th year of his reign.