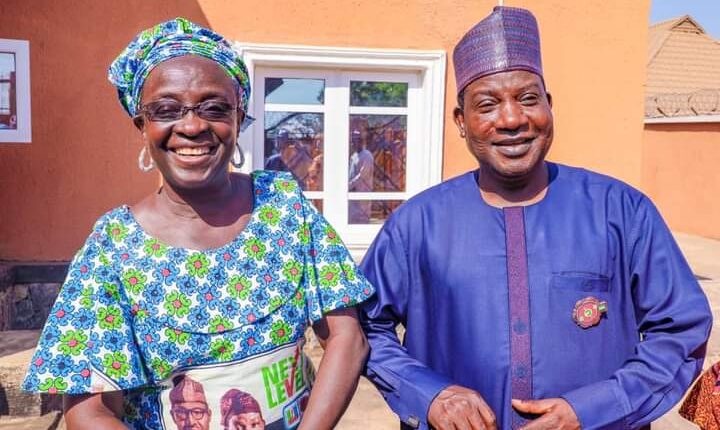 Share
The candidate of the All Progressives Congress (APC) in the just concluded Plateau South Senatorial District bye-election, Prof. Nora Dadu’ut, has emerged first female senator for the state.
Dadu’ut emerged winner of the Plateau South Senatorial District bye-election after defeating her closest rival, George Daika, of the Peoples Democratic Party (PDP) for the nod to fill the vacuum created by the death of the former occupant of the seat late Senator Ignatius Longjan who died February 9.

“Daduut, having scored the highest number of votes cast and fulfilled the requirements of the law is hereby returned elected,” Amali said.

Congratulating the first female lawmaker, the state Governor, Simon Lalong, describing her victory as historical and would remain a benchmark for others.
Lalong said the victory of the Don was not surprising as the APC was well rooted in the whole state particularly the Southern Senatorial District that had become the home of the party.
Through a statement by his Director of Press and Public Affairs, Dr. Makut Macham, congratulated Prof. Nora whom he believes would give quality representation to the people of the Southern Senatorial District and also represent the interest of the State at the red chamber.
He commended independent National Electoral Commission (INEC)  and security agencies for working assiduously towards a successful election. He said the electorate also deserve special commendation for conducting themselves peacefully and ensuring that the execise was devoid of violence and malpractice.
Lalong also called on other political parties and candidates who lost the election to rally round the winner in the best interest of the zone and Plateau State as a whole.