JUST IN: One dies, scores injure during NDLEA, youths… 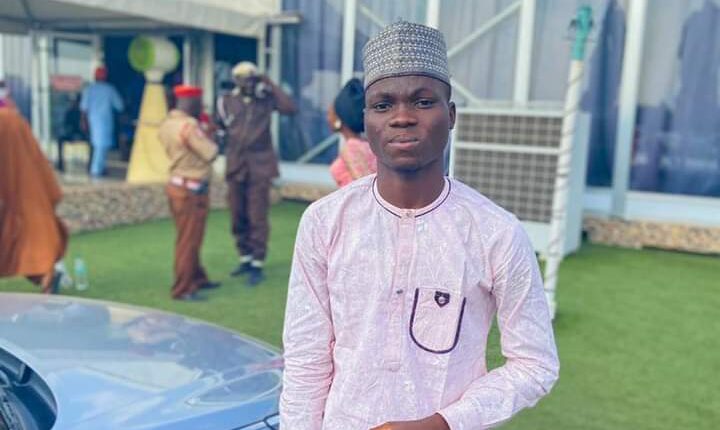 Islamic worshippers in Kwara State have been left in sober mode after one of their member, Abdulkadir Seegi, was allegedly stabbed to death by one Kehinde Oloka, for preventing the detonation of firecrackers around a mosque in Ilorin when congregational prayers were been observed.

How Kehinde stabbed Seegi, an undergraduate of Kwara State Polytechnic, on the chest at about 8:20 pm over an argument that was claimed does not warrant any face-off on the eve of Christmas was still a mystery to the members and residents of Ita-Nmo axis of the state.

The deceased, a computer science student, was said to have been confirmed dead by medical officials at the state general hospital and had been laid to rest in accordance with Islamic rites, even as the Nigerian Police begins a manhunt for the perpetrator Kehinde, fondly called Kesari.

Trouble was said to have started when the deceased joined the congregation to caution Kehinde from disturbing the last congregational prayer, Ishah, and other activities set to hold within the mosque.

In an exclusive interview with The Guild, elder brother to the deceased, Jimoh Yusuf, confirmed that the deceased has been buried and further disclosed that two persons, believe to be an accomplice of the crime, have been apprehended, Yusuf and Idris.

The elder brother narrated that the deceased did not have a premonition that Kesari would stab him and was responding to messages on his phone when the suspect committed the act.

He said: “We were observing the last prayer for the day (Ishah). And we were about completing it when the hoodlums led by Kehinde threw firecrackers into the mosque and disrupted the session.

“After completing the session, the Imam led other members to caution the gang and instructed the leader of the hoodlums, Kehinde, to kneel down and was about admonishing him when Kesari ran away and vowed to deal with anyone that dear come after him. And the Imam instructed members not to go after him.

The Guild gathered that the suspect ran home, came back, and attacked Abdulkadir with a long sharp knife, with which he stabbed him and the victim reportedly bled to death.

He added: “A few minutes after, he returned to the mosque and when the others saw him, the members, who possibly knew who Kesari was, pleaded that he should go and not cause any further trouble.

“After accepting to leave, he ran towards my brother who was surfing the internet on his phone and stabbed him in his chest. Immediately after that, he ran away. And what those that were at the scene could quickly do is to rescue the victim. And they quickly rushed him to the General hospital for treatment

Confirming the incident, the state command Public Relations Officer, Okansanmi Ajayi, told The Guild that a manhunt has commenced on the perpetrator, assuring that the suspect would be apprehended and that the Seegi family would get justice.