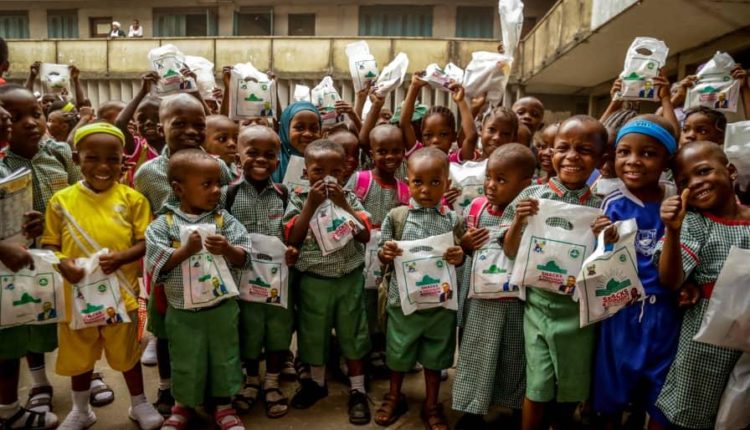 For over 11,000 pupils of public Primary schools on Lagos Island and theirs teachers, it was a new dawn and a memorable event that may last for only heaven know after their schools were chosen to serve pilot phase of a feeding initiative program been sponsored by Lagos State Government.

The pilot scheme for this educational support initiative designed by Lagos State Government is targeted at promoting primary school education, pupils ability to assimilate when taught, health standard and positive change such would have on public school enrollment figures in the state.

Aside earlier reasons, the agenda of Lagos state, which was to run concurrent initiative alongside Federal Government school feeding program designed to cater for pupils between primaries one and three, the five-day pilot scheme held in 33 public primary schools on Lagos Island was to bring succour to indigent parents confronted with challenges of presenting early breakfast to their children when leaving home for school daily. 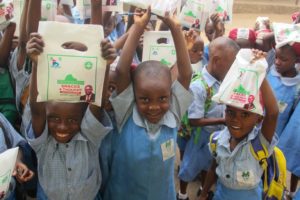 When the pilot phase started last Monday, to the over 11, 000 pupils and their teachers it was a surprise because they have only heard about such gesture in private schools where rich parents part with huge funds just to ensure their children have food at their disposal while in school.

On Friday when the five-day pilot program ended, pupils and teachers of public schools on Lagos Island could not hide their joy and ecstasy, showing signs that nothing can ever expunge the memories from them because it was a paradigm shift from previous welfare package that existed.

While wishing for full commencement, arrival of officials and hundreds of volunteers from Office of Civic Engagement on first day of pilot scheme to schools changed their perception about incumbent governor, Babajide Sanwo-Olu, administration penchant to change narrative in Lagos public schools.

Unlike many school pupils who had received news of the governor’s proposed pilot school feeding program with a pinch of salt, Oladele Ajibade, whose parents brought to school earlier, believe in the governor that he was not frivolous person and was committed to change narrative of all sectors in Lagos.

Believing in what he heard from his parents about the governor, Ajibade, a pupil of St. Patrick’s Catholic Primary School, could not hide his joy after receiving a pack of Snack for thought from officials deployed to his school.

The Primary one pupil, rather than wait for teachers or officials to unseal the juice in the pack for him, removed it, insert his straw and sipped gradually with so much passion until he exhausted the content.

Prepared in the meal pack handed over to Ajibade and other pupils by Lagos state government officials were nutritional snacks and drinks which sustained each pupil for period when their class session will last.

After Ajibade demonstrated to officials how important the pack was, other pupils also could not hide their feelings when they saw what was contained in the pack which was not factored in their plan while resuming for their second term academic session in the school, and all they did was to extolled the programme as something that put smiles on them.

Understanding need to be punctual to stand a chance of receiving the pack, the pupils were seen encouraging one another to resume early in order to avoid missing out from the largess. 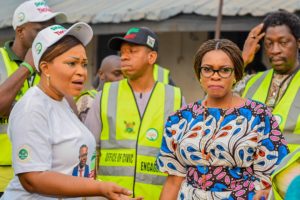 Speaking during the grand appreciation of all volunteers, Special Adviser to the Governor on Civic Engagement, Princess Aderemi Adebowale, disclosed that the pilot scheme has completely had a positive effects on pupils presence in schools during the five-day period.

She stated that, for a country where a substantial number of children go to classes hungry or without balanced diet, this initiative aimed to provide motivation for the pupils to stay in class, learn with filled bellies, and to avoid a life of crime.

“It is expected that when children learn with filled bellies, they will have more motivation to concentrate, stay in class to learn and contribute their quota to Nigeria’s development when they become adults.

“Sanwo-Olu has good plans for Lagosians particularly school children and part of his plan is the pilot phase of this school feeding program. Apart from the cost implication of the feeding, the governor want know the good effect the food program will on have the children and that is the reason for the pilot scheme.

“Our governor know impact of good welfare on pupils and since Federal Government has plan to cater for primary one class to three classes of public schools across the nation, including Lagos, through its feeding program, Sanwo-Olu also felt there is need for the Lagos state government to also cater for the children of other classes including those in nursery.”

Earlier, the Commissioner for Education in Lagos State, Folashade Adefisayo, while commending the initiative, noted that it will have multiplier benefits in area of education, health, agriculture and nutrition.

Folashade, who was represented by Dr. Idowu Oyetola, called on stakeholders to ensure effective monitoring and evaluation so that the program will not only promote learning but also sustained.

“I urged parents and guardians to ensure that their children are always in school to avail them quality education and a balance meal that will keep them going. Good nutrition is an important part of living a healthy lifestyle. Never again will our children suffer from nutrition deficiency in Lagos State.”

Appreciating the gesture, Lagos Island Local Government Chairman, Adetoyeshe Olusi, said that choosing Lagos Island for pilot scheme was a thing of joy and urged Governor Babajide Sanwo-Olu and other executive members to fully implement the scheme as it excite both the pupils and their parents.

“We say a very big thank you to the Governor of Lagos State, Babajide Sanwo-Olu and the Special Adviser to the Governor on Civic Engagement, Princess Aderemi Adebowale for this laudable initiative, we will forever grateful.”