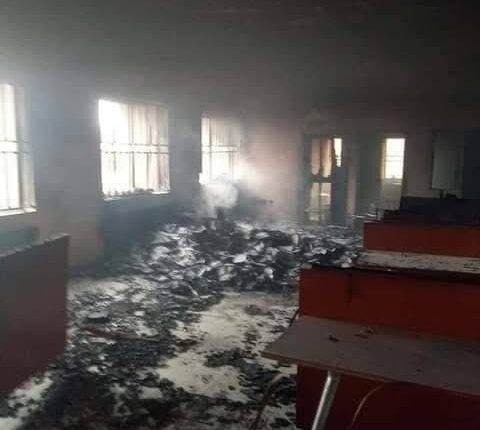 The assailants were said to have torched the library and security sections of the building after overpowering the night guards on duty on Tuesday night.

It was gathered that the hoodlums stormed the facility by scaling the court perimeter fence and used a petrol bomb to perpetrate the act.

The Guild learnt that security operatives, including policemen, have been deployed with three patrol vehicles stationed at strategic positions within the court area.

The Police Public Relations Officer, Ebonyi Police Command, Loveth Odah, who confirmed the incident said that the attackers stormed the facility in their dozens and perpetrated the act.

Atiku recommends 24-hour armed guards for schools in Kaduna, others