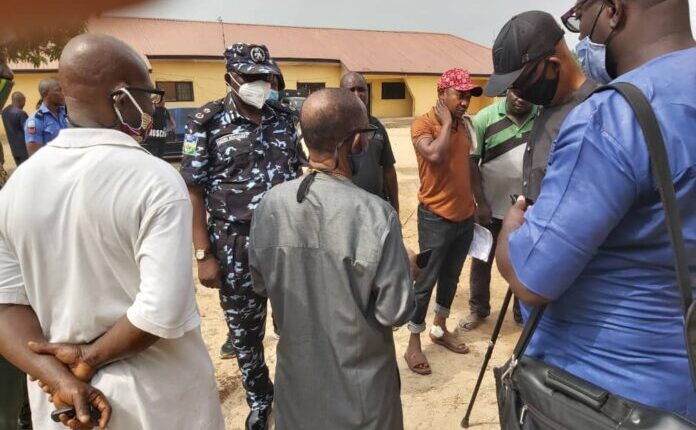 No fewer than two policemen were confirmed to have been killed and several others injured by hoodlums during an attack on a Divisional Police headquarters in Obowo, Imo State.

As gathered, the hoodlums, who were armed with different weapons, stormed the station at about 6:30 pm yesterday and engaged the law enforcement officers in a gun duel.

Confirming the attack, Commissioner of Police, Imo Command, Nasiru Mohammed, during his visit on Saturday, said that only three officers sustained injuries and that they have been evacuated to another hospital for proper treatment.

Mohammed noted that the hoodlums would have raided the station but for the quick intervention of the officers on duty that engaged and successfully repelled them, protecting the government facilities.

To forestall future occurrences, the commissioner, in a statement by the command’s spokesman, Ikeokwu Orlando, has ordered the Commands Quick Intervention Team (QUIT) and other tactical teams to jointly commence an investigation into the incident with a view to arrest and prosecute perpetrators of the act.

“I also use the opportunity to visit the injured officers and immediately evacuated the officers from the local Clinic to Owerri, for proper medical attention and treatment”, he added.