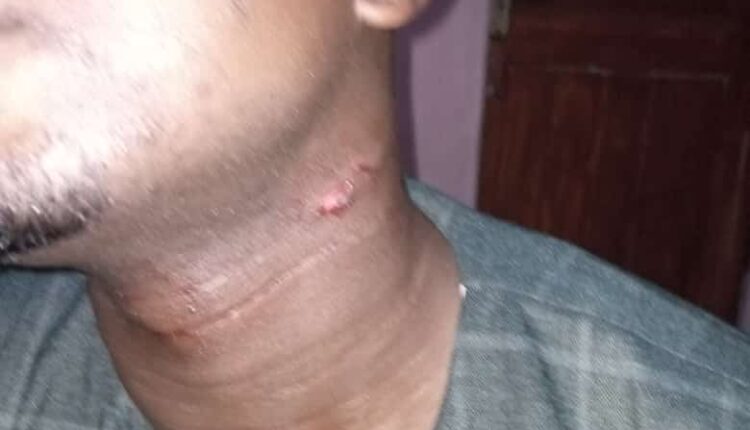 Suspected political thugs were reported to have attacked the media aide to Egbe-Idimu Local Council Development Area (LCDA) chairman, Olakunle Oyejobi, over his stance on the 2021 Local Government election in Lagos State.

As gathered, Oyejobi, who was attacked after leaving the office yesterday night to prepare for the next day’s activities, and left him with injuries in the neck.

The attackers, it was learnt, were led by one Omooba Agodo, who told the victim that their aim was to kill him with their weapons and claimed that the council election must go to another party aside from the All Progressive Congress (APC)

The attack came days after dozens of residents and politicians appealed to the council boss, Kunle Sanyaolu, to re-contest for the seat and consolidate on the achievements recorded within the council.

Confirming the attack, Oyejobi, in an interview with The Guild, said that he could not explain how he escaped from the scene after the attack.

The media aide, while narrating his ordeal, disclosed that he was attacked by Agodo and others after leaving office to recharge his electricity prepaid meter.

He noted that the aim behind the attack was to ensure a halt on the chairman’s campaign for the election, saying, I can assure them that their plan will not come to fruition.

Just In: 43 strippers, clubbers under detention for COVID-19 contravention