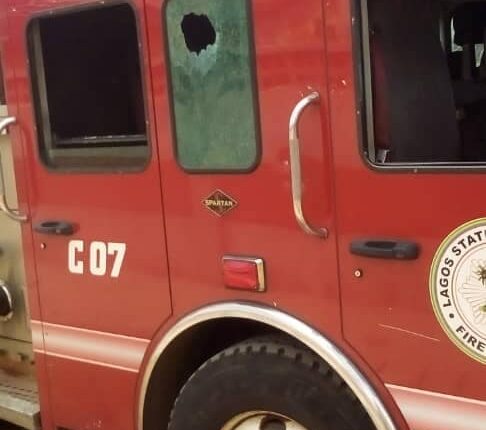 No fewer than three officials of the Lagos State Fire and Rescue Service sustained varying degrees of injury after they were attacked by suspected hoodlums in Agege axis of the state.

As gathered, while the firemen were attacked and injured, a fire engine was also destroyed by the assailants during the incident that happened yesterday while on official duty.

Confirming the attack, Acting Head of the Agency, Margaret Adeseye, said that it was disturbing that official of the agency are being attacked in recent times during operations aimed to securing lives and property across the state.

Through a statement released to newsmen on Monday, Adeseye explained that the attack on the firefighters and the engine occurred after officials the agency were prevented from attending to a fire incident at Nmani Street, Dopemu Agege, in Orile Agege LCDA.

According to the agency boss, the injured officers were treated at Agege General Hospital while investigations about the incident are on-going to effect the arrest of culprits and ascertain the cause of the attack.

“Three firemen from a crew of four were injured and the Agency’s vehicle, Agege Fire Eagle C07, damaged by the hoodlums after preventing the personnel from performing their official duties

“It took the intervention of a team of policemen from Alabo Police Division, led by Supol Bako Muhammed, before normalcy was restored at the fire scene,” the statement said.