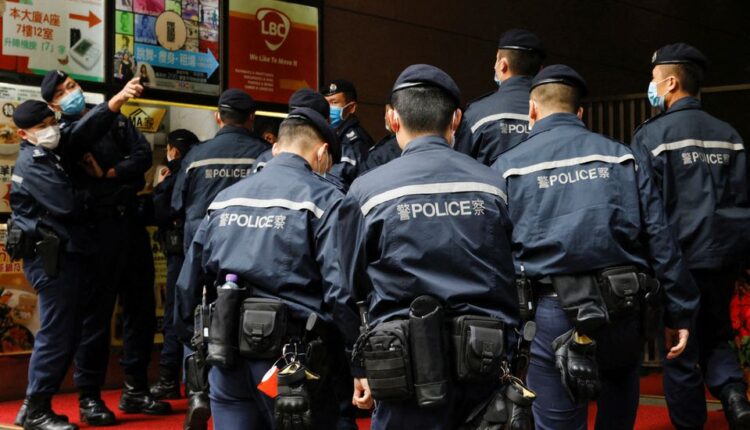 Scores of police were said to have been seen milling about the Stand News office in an industrial building, the Officers loaded about three dozen boxes of documents and other seized material onto a truck before leaving around mid-day and reporters from other media were not allowed into the newsroom after the raid.

Reacting to the arrest on Wednesday, the media advocacy groups said that the raid raises more concerns about press freedom in the former British colony, which returned to Chinese rule in 1997 with the promise that a wide range of individual rights would be protected,

Through a statement by the Police, they stated that they had a warrant authorising them to “seize relevant journalistic materials and Over 200 uniformed and plain clothes police officers have been deployed.

The Police also confirmed that they had arrested three men and three women, aged 34-73, for “conspiracy to publish seditious publications”.

The Stand News deputy assignment editor and the head of the Hong Kong Journalists Association (HKJA), Ronson Chan, who was not among those arrested stated that the police confiscated his computer, mobile, tablet, press pass and bank records during an early morning search of his home.

However, Authorities have repeatedly said all prosecutions are based on evidence and had nothing to do with the profession of the people arrested.

As gathered, Stand News was set up in 2014 as a non-profit, is the most prominent remaining pro-democracy publication in Hong Kong after a national security investigation this year led to the closure of jailed tycoon Jimmy Lai’s Apple Daily tabloid.