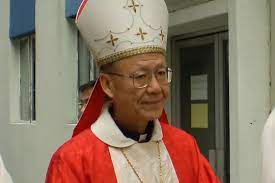 The Hong Kong police have arrested a cleric of the Roman Catholic church, Joseph Zen, alongside four others for sponsoring anti protest against government policies.

Four other persons who were arrested alongside Zen for aiding a protest that became a threat to  the government were: 74 years old female layer Margaret Ng, a musician Denise Ho; former lawmaker Cyd Ho; and former academic Hui Po-keung.

The five suspects were said to be trustees of the 612 Humanitarian Relief Fund which helped protesters, who were arrested during protest in 2019 to pay the legal and medical fees.

As gathered, the five suspects, under detention, were also said to have been held for aiding foreigners that were aiming to disrupt the government activities and cause unrest across the country.

Before the arrest, the cleric had been an advocate of democratic system of government and has often spoken against China’s authoritarian system on Hunkung.

Hong Kong also has long been one of the most important Catholic beachheads in Asia, home to an extensive network of aid agencies, scholars and missions that have supported Catholics in mainland China and elsewhere.