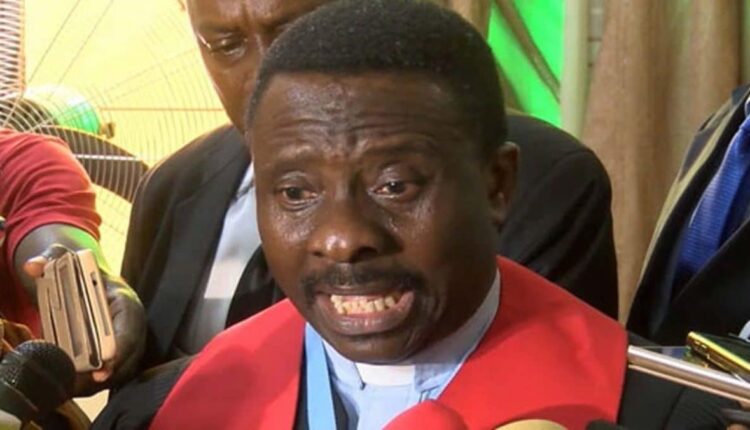 The Christian Association of Nigeria (CAN) has disclosed that the bill before the House of Representatives allegedly seeking to institutionalise the use of hijab in the country would further compound the nation’s insecurity challenges.

CAN, which is the highest Christian body in Nigeria, explained that the Hijab legislation would only polarise the country and widen the already existing gap of disintegration that could worsen the country’s woes.

CAN’s President, Supo Ayokunle, who said that the legislation was ill-timed and uncalled for, urged the leadership of the National Assembly to suspend a bill in protecting the relative peace being enjoyed across the nation.

Through a statement on Monday by the body’s General Secretary, Joseph Daramola, Ayokunle argued that the bill titled “Religious Discrimination (Prohibition, Prevention) Bill, 2021” was only seeking to provide a mechanism for enforcing certain provisions of the Constitution and other international laws that recognizes the right of female to adorn hijab in both public and private establishments in Nigeria.

According to him, we wonder what the sponsors of the Bill seek to gain from it other than to compound the security problem and the wearing of hijab in public and Christian schools.

He noted that legislating the wearing of hijab in private schools would lead to the trouble that those who started it may not be able to handle, adding that abandoning school uniform for religious dressing would divide students along religious lines and further polarize the society.

Ayokunle added that it was surprising that while the citizens are expecting the National Assembly to make laws that would address insecurity, unemployment, and economic predicament, the lawmakers are interested in making laws that seek to promote one religion in a country with multiple religions.

“We have resolved to close down our schools and colleges to protest against this ungodly and disrespectful policy.
We should return to the status quo ante where we were before the politicisation of hijab. Let those who want to be wearing hijab go to schools where it is allowed.

“Those who took over our schools did not tell us that our religious traditions and culture would be eradicated. We call on all Christians in every legislative house, including the National Assembly, to arise and speak for the Church if they have not compromised their faith for political reasons and if they failed to do so, God Himself will ask them of their stewardship one day and equally fight for His Church,” the statement said.